In a move which confirms the cautious stance Thailand has adopted toward cryptocurrencies, the country’s military government is looking to implement new laws for regulating the burgeoning cryptocurrency market by introducing taxation on digital currencies.

According to the Nikkei Asian Review, the development was announced on March 27 by Thailand’s Finance Minister Apisak Tantivorawong, following a weekly cabinet meeting. Tantivorawong confirmed that as per the new laws, investors will be required to pay a flat 7% value added tax on all cryptocurrency trades, along with a 15% capital gains tax on returns from crypto investments.

This development comes a few weeks after the Central Bank of Thailand banned financial institutions in the country from getting involved in cryptocurrencies.

A royal decree draft concerning regulation of crypto taxation in order to prevent money laundering and tax evasion has also recently been approved by the Cabinet of Thailand.

Commenting on the conservative stance adopted by the Bank of Thailand and the finance ministry, former finance minister and Thai Fintech Association chairman Korn Chatikavanij said that the Thai authorities “have to be cautious not to allow their conservative instincts to result in draconian regulations”.

Last month, while endorsing the appointment of the Securities and Exchange Commission as the regulatory authority for cryptocurrencies, Chatikavanij also stressed that laws and regulations for digital assets should not focus on stifling or banning such activities.

He also pointed out that unnecessarily restrictive laws could force Thai startups to shift abroad. Owing largely to its relaxed and accommodating policies, Singapore has become a major fintech hub in Asia. As the climate for projects looking to raise funds via initial coin offerings (ICOs) in Thailand becomes more obstructive and uncertain, ventures such as Six.network, have opted to move to Singapore.

However, despite all this, Nikkei reports that the citizens of Thailand (where 6 crypto exchanges are currently in operation) remain as crypto-crazy as ever, as evinced by the ICOs, startups and crypto-focused seminars in the country. 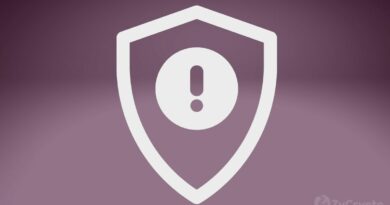 Crypto Biz: SBF has his day in court; Barry Silbert accused of ‘stalling’ over frozen funds