Call it the “Powell Put” or the “Powell Pivot” or something else, but the Federal Reserve chairman’s recent change in approach to monetary policy is reverberating through the markets.

In just a matter of a few months, central bank chief Jerome Powell has evolved from a hawk on interest rates — in favor of pushing them higher — to a seeming dove intent at the very least on waiting to see how conditions evolve before making another move.

Prior to running into some trouble at the end of this week, the market appeared to be rallying at least in part on a more accommodative Fed.

With a multitude of headwinds still brewing — anticipated negative earnings growth in the first quarter is just the latest — the big question will be how far Powell and his fellow policymakers will be able to carry the markets with their stated intention to be “patient” about future tightening.

The notion of a “put” comes from the options market and is the point at which a holder has the prerogative to sell. In a Fed connotation, a put would be a point at which the central bank would not let the market fall below before it steps in with more policy stimulus.

A market belief that the Fed chairman has a put level is nothing new.

Wall Street assigned similar beliefs to Alan Greenspan, Ben Bernanke and Janet Yellen; Greenspan and Bernanke both had a history of stepping in to provide stimulus either through rate cuts or asset purchases, while the Yellen Fed likely will be more remembered for beginning to unwind those kinds of programs.

Determining where that Powell put is could be tricky.

'Out of the money'

The chairman has expressed skepticism in the past about programs like quantitative easing, which helped push the Fed’s balance sheet past $4.5 trillion. And he has talked about the importance of giving the central bank enough ammunition to fight the next crisis, something that low interest rates would make more difficult.

Strategist Noah Weisberger at AB Bernstein, said the current Powell put is likely “out of the money,” meaning it hasn’t been reached yet, and the next one has a “strike price,” or point at which the impetus for action will kick in, that is even lower.

That means “a more severe bout of worry” may be necessary “to reactivate it the next time around,” said Weisberger, who is the firm’s managing director of U.S. portfolio strategy.

The market, though, thinks that at the very least the Fed isn’t going to raise rates anytime soon.

Futures pricing points to no chance of a rate hike at least through January 2010, according to the CME’s tracker. In fact, traders are indicating about a 31 percent chance of a cut at the first Federal Open Market Committee meeting next year, with the actual reduction coming around mid- to late-year when the implied funds rate is 2.17 percent.

That seems to be enough for the market to recoup the losses suffered in the late-2018 Fed-induced sell off. Beyond that, though, risks remain.

“Fed Chair Powell’s renewed determination to be patient, and his suggestion of a more flexible and less ‘auto pilot’ approach reduced the key risk case of a tone-deaf Fed for the market,” Katie Nixon, chief investment officer at Northern Trust Wealth Management, said in a note. “While we believe that this was the right policy decision, and the best messaging, it is important to keep in mind that we may have to focus on this risk case again in 2019 should both markets and the economy continue to strengthen.”

Of course, Fed policy these days isn’t all about interest rates.

Balance sheet is also in play

Wall Street is closely watching how the central bank manages the bond portfolio it continues to hold on its balance sheet.

Since beginning to allow bond proceeds to roll off in October 2017, the Fed has reduced the amount of Treasurys and mortgage-backed securities it is holding by about $405 billion. But Powell and others lately have said they are willing to look at balance sheet adjustment to see whether it is impacting financial conditions.

“My guess is the next move is likely not a [rate] cut. There might be a halt of quantitative tightening,” Hogan said. “You’ve got both options.”

The overriding question is how sensitive the Fed will be to market gyrations.

History, particularly in the 1990s, has shown the central bank to be willing to offer short-term easing followed by a return to hikes if conditions justify it, said.

“There is no doubt another period of market turbulence would be sufficient for the Fed to cut interest rates, even before it has a tangible impact on the US economy,” Perkins wrote. “Given their reaction, investors now realize the importance of the ‘Powell Put.’ It even raises the possibility of a late-90s-style ‘meltup.’ The question is whether we need another December-style meltdown and Fed rate cuts before markets get bubbly, or whether the policy shift announced so far is already sufficient.” 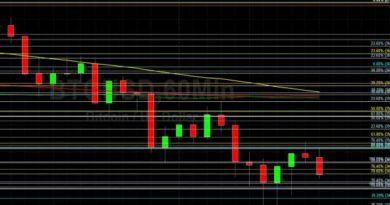 Why Facebook's libra cryptocurrency is in trouble