Ethereum (ETH) and the aggregated crypto market is in the process of bouncing following yesterday’s intense selloff, with the current price action being emblematic of a relief rally that could ultimately be a bullish sign, if bulls are able to maintain the momentum.

This relief rally has led Bitcoin to surge towards $9,000, while Ethereum and other major altcoins post gains of 5% or more.

One top trader is now noting that he believes that ETH has posted a long-term bottom, and that it could soon target a swift movement up to fresh 2020 highs.

At the time of writing, Ethereum is trading up just under 6% at its current price of $237, which marks a notable climb from daily lows of nearly $210 that were set at the bottom of its recent selloff.

Bulls’ ability to post a strong defense of the lower-$200 region is a highly bullish sign, as it shows that they still have some underlying strength despite the weakness shown by ETH over the past few days.

It is important to keep in mind that buyers still have a significant amount of work set out for them if they want to erase its recent losses, as the crypto is trading down from weekly highs of $275, and monthly highs of $290.

Nik Patel, a prominent cryptocurrency trader, spoke about Ethereum in a recent blog post, explaining that its recent downtrend has allowed it to sweep its swing lows twice.

“This level was prior resistance and has confluence with the 38.2% fib retracement of the entire swing up from $116 to $290, with the past 48 hours of price-action having swept the most recent swing-low at $228 twice,” he noted while referencing its resistance at $290.

Patel also believes that the cryptocurrency has formed a long-term bottom that could be followed by significantly further upside, setting a mid-term target of $370.

“There is a high probability, I believe, that this is the local bottom for ETH/USD, regardless of whether BTC/USD moves another few percent to the downside… Overall, I remain very bullish and am expecting the $370 highs to be retested in the coming months,” he noted.

Unless the crypto losses all of its current momentum and plummets lower in the near-term, it does appear that it could be bound to see significantly further upside in the coming days and weeks.

Cole is a cryptocurrency analyst based in Los Angeles. He studied at the University of California Irvine and has covered bitcoin and the crypto markets since 2017. 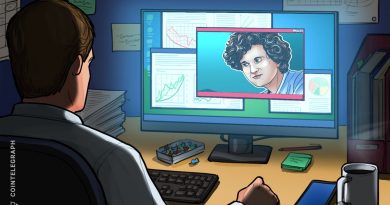