The cryptocurrency market has been going through a rough patch recently, but that hasn’t restricted the performance of some of the top altcoins. Tron [TRX], the eleventh largest coin on the CoinMarketCap list was surpassing some other major altcoins in terms of its performance over the week.

Tron [TRX] community received yet another morale boost after Tron transactions crossed Bitcoin’s transaction count recently. Twitter user @MrGordon_UK informed the community that Tron, over 319 days since its release, registered 411,805,938 transactions. The Twitter user compared the growth of the eleventh largest token to the largest cryptocurrency in the world, Bitcoin [BTC]. The user claimed that BTC had reported only a total of ‘411,787,309* transactions’.

Tronscan confirmed the news as they tweeted that Tron was:

“1. Performing better than BTC in terms of decentralization
2. TRON speed much faster than #BTC”

Tron has been achieving great heights recently in terms of adoption and development as it crossed a milestone with its online nodes. A prominent proponent of the Tron ecosystem, Misha Lederman, informed the community that:

“#TRON’s node count is increasing to its highest levels in many months:
1357 nodes online. Given that only a few days ago the TRON node count was around 1,100, this uptick is notable & provides the #TRX blockchain increased stability & growing global reach”

Tron also reached a block height of 9 million, which added to its positive performance in the market. However, the coin was still  in the 11th position and had not seen significant growth for a while now. At press time, it was valued at $0.0234 with a market cap of $1.56 billion. The 24-hour trading volume of the coin was reported to be $735 million as it fell by 1.94% over the past day. Over the past seven days, TRX fell by 2.90% and continued to plunge by 0.27% in an hour. 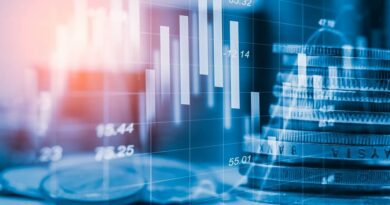 Pavan Sukhdev Says Bitcoin Is an "Asset" and "Not a Currency"