The President of America, Donald Trump has issued an order that prohibits any involvement or transactions in the US that are related with any digital coin or token that has been launched by the Government of Venezuela. This is in a direct response to the recent move by US government that restricts the Maduro regime’s access to the capital.

Petro, the first government backed cryptocurrency was launched just last month, in an attempt to support and up the country’s economy after the 13% inflation. Petro is backed by crude oil reserves in the country, which are the largest in the world.

Just last year, Trump stopped the trading of new debt issued by Venezuela Government, and its oil firms in the United States markets. The Treasury Secretary, Steven Mnuchin, added that this move was not unexpected, and was designed to halt the Venezuelan Government’s access. Trump said;

“We have many options for Venezuela, including a possible military option, if necessary.”

The sanctions that have been put on Venezuela’s oil sector are being put on a measure scale lately, just before the presidential election takes place. If the development carries on with more sanctions, it would definitely hit the Maduro Government, which is supported mainly by oil sales.

On Wednesday, the vice president will give a speech at the Organisation of America States, where a spokesperson said;

“The Vice President will call on all members to increase pressure on the Maduro regime to restore the country’s democracy and address the humanitarian crisis unfolding in Venezuela.”

Trump will be attending the Summit of the Americas in Lima, in April, where it is expected that the highlight will be how the Maduro’s Government can become even more isolated. 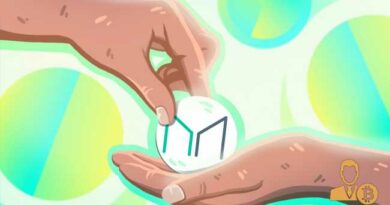 The Cryptocurrency Market is Looking Hopeful – But Will it Last?