There is nothing worse than losing funds stored in your crypto wallet. It is pretty obvious that this situation has been a big problem for most users at some point in their lives. A new study shows that over 12,000 ether has been lost due to typing errors that sent money to non-existent addresses.

Losing Ether due to Typos

There are a lot of things that can go wrong when completing cryptocurrency transactions. For instance, one could enter a completely wrong address due to copying it incorrectly, a QR code could give an error when trying to send money, or one could simply type an address incorrectly. In the latter case, one’s money will be lost forever, as the transaction is often broadcast to an address that doesn’t even exist. Recovering such a transfer is pretty much impossible these days.

Research by Alethio Analytics paints a very worrisome outlook in this regard. More specifically, the company claims a lot of ether has been lost due to sending money to nonexistent addresses. It is evident a lot of users have sent money to wrong addresses over the years, and it is possible that up to 12,622 ether has been lost because of typing errors.

This is not a figure most people will feel comfortable with whatsoever. Although the exact amount of money lost is subject to interpretation, Alethio Analytics can make some sort of assumption in this regard. After thoroughly analyzing Ethereum’s external and contract accounts, it’s clear there have been quite a few wrong transactions up to network block 5 million.

So far, the company’s research seems to indicate that over 2,600 erroneous addresses have been used as part of Ethereum transactions over the years. This means just over 12,622 ether are potentially lost forever, although this number is not exact. Considering that the value of ether has risen over the years, it is safe to say this money adds up to a nice chunk of change. Who this money belongs to exactly remains to be determined at this stage.

The bigger question is whether or not more of these typos will occur in the future. Since there is no foolproof way to send cryptocurrency transactions in this day and age, we can only hope people become a lot more careful when it comes to moving funds. Otherwise, this may only be the tip of the iceberg in terms of money lost forever due to human error. 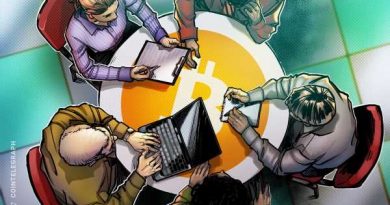