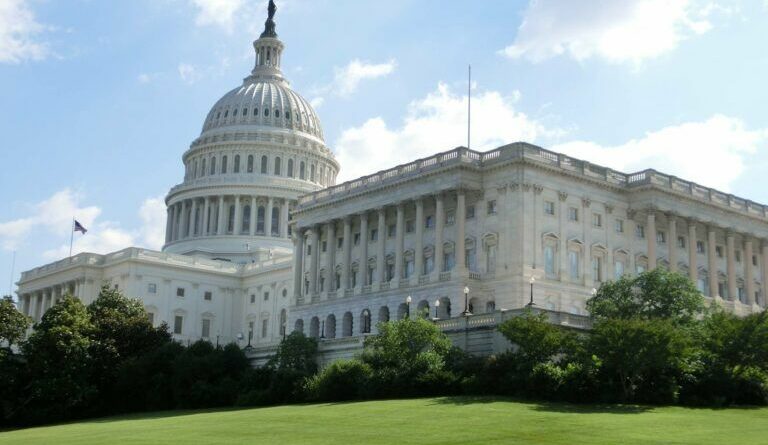 On Monday (August 9), Jerry Brito, Executive Director at the DC-based crypto think tank Coin Center, delivered the bad news that the U.S. Senate had failed to amend the wording of the crypto tax reporting section of the infrastructure bill.

Earlier in the day, U.S. Senators Rob Portman (R-OH), Mark Warner (D-VA), Pat Toomey (R-PA), Kyrsten Sinema (D-AZ), and Cynthia Lummis (R-WY) had announced the they had come up with a bipartisan compromise amendment that would have tightened the overly broad definition of “broker” used in the crypto tax reporting section of the $1 trillion infrastructure bill (this section of the bill requires brokers to essentially prepare and file a Form 1099 with the IRS) so that those actors who are not really brokers are not subject to the bill’s reporting requirements.

The current version of the bill defines a “broker” as “any person who (for consideration) is responsible for regularly providing any service effectuating transfers of digital assets on behalf of another person,” which means that it could potentially even affect developers of blockchain technology.

This compromise amendment had been born out of discussion between the U.S. Treasury and the senators behind two competing amendments, i.e. the Warner-Portman-Sinema amendment and the Wyden-Lummis-Toomey amendment.

The Warner-Portman-Sinema amendment, which was introduced on August 5, would have excluded only proof-of-work (PoW) mining and those building hardware/software wallets.

The Wyden-Lummis-Toomey amendment, which had been introduced on August 4, is what the crypto industry was hoping would get adopted by the Senate since “it would clarify that ‘brokers’ mean only those persons who conduct transactions on exchanges where consumers buy, sell and trade digital assets, and does not require information reporting from persons who engage in mining or staking, selling hardware or software that an individual may use to control a private key, or developing digital assets or their corresponding protocols for use by other persons if such other persons are not customers.

Unfortunately, the compromise amendment did not pass since there was no unanimous consent thanks to the objection by Senator Richard Shelby (R-AI).

In a twitter thread posted yesterday, the Coin Center Executive Director explained what the rejection of the compromise amendment by the Senate means and what will happen next.

Well, less than one hour later, U.S. Congressman Tom Emmer (R-MI) made it clear that are people in the U.S. House of Representatives, such as himself, Representative Darren Soto (D-FL), Representative David Schweikert (R-AZ), and Representative Bill Foster (D-IL), who seem to understand the concerns of the crypto industry and want to fix the definition of broker in section 80603 of the bipartisan Infrastructure Investment and Jobs Act.

Congressman Emmer went on to say that the House “must consider amendments to this provision that exempt entities that don’t conduct crypto transactions and keep blockchain software development, cryptocurrency mining, and more in the United States.” He also said: “Crypto is not a partisan issue – the bipartisan Blockchain Caucus is working to educate Members so we can fix this dangerous provision when it comes to the House.”

Image by “jensjunge” via Pixabay

Ripple [XRP]’s new symbol gets growing support from the community

How Decentralization Could Help Solve Social Issues in an Unexpected Way