The US Justice Department said Wednesday it has seized millions of dollars from cryptocurrency accounts on behalf of the Brazilian government. The authorities have confiscated about $24 million in cryptocurrencies from accounts belonging to a Brazilian crime cartel.

Referred to as Operation Egypto, the fraudulent scheme was shut down after conning tens of thousands of Brazilian investors for over $200 million. The scammers claimed to offer cryptocurrency investments and lured victims with the promise of a 15 percent payout on their capital in the first month.

The crypto scam has since been dismantled following a joint operation between authorities in the US and Brazil made under the treaty of “Mutual Legal Assistance in Criminal Matters” between the two countries.

The US legal action, which included undercover law enforcement work and a forfeiture complaint filed in a federal court, was tied to Brazilian Marcos Antonio Fagundes’ alleged role in the scheme.

Brazilian authorities reportedly found that the gang had not been making investing in cryptocurrencies. Instead, they were using the investors’ money for personal purchases and only invested small amounts in fixed rate, low-yield investments.

Earlier this year, the US government located and seized a collection of bitcoin accounts that belong to three terrorist groups in the largest ever seizure of this type, worth millions of dollars.

The forfeiture complaints involved financing schemes for the military wing of Hamas, in addition to Al-Qaeda and ISIS. The jihadist movements and some other violent related groups have been locked out of the traditional financial system. However, over the last few years they have developed an increasingly sophisticated campaign to raise money using Bitcoin.

Nevertheless, members of Hamas were seemingly just as gullible to crypto attacks as the average user, with most of their collected crypto caught in elaborate schemes by the US feds. The FBI also hacked Qassam Brigades’ website for some time by getting hold of 150 accounts and ultimately transferred the bitcoins to an address controlled by the US government.

THIS Is Why Bitcoin Going Up Dramatically In July 2018!! [Bitcoin News Today] 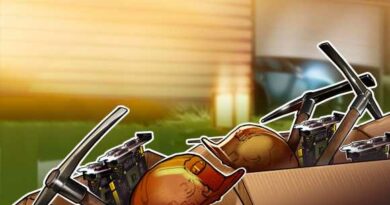