Ethereum has seen its fair share of question marks during its meteoric rise last year, perhaps none greater than whether the amount of Ether created would be capped. This question could soon be clarified after the foundation’s Vitalik Buterin hinted at proposing an eventual limit on ether.

Mr. Buterin provided some very specific proposals earlier this week that could eventually serve as a more concrete figure. In particular, he proposed a cap at 120,204,432, or exactly twice the amount of ether sold in its original sale in 2014 in a forthcoming software change, per an Ethereum Improvement proposal (EIP).

Ethereum’s policy has certainty been more fluid since its inception, which has always been open to protocol changes. Since its original issuance, up to 18.0 million ether are allowed to be issued on a yearly basis, though these terms have not been set in stone. By comparison, only 21.0 million Bitcoins will ever be created.

The comments are noteworthy given they represent the first time Mr. Buterin has spoken directly regarding Ethereum’s monetary policy and cap. An absence of clarity has in the past served as a deterrent from investors, many of whom initially doubted the sustainability of Ether. Those concerns were largely silent over the past year during the coin’s rise, which eventually peaked at nearly $1400 back in January 2018.

The figures serve only as a proposal and should not be seen as a binding cap though. Ethereum developers and users would still need to calibrate and embrace any such changes, which means merging the formal code into the software that such a proposal would require. For this reason, it’s unlikely that this process may be further clarified in the near-term, and may take months or more to finalize.

Mr. Buterin was not even opposed to an alternative limit as well – following the issuance of 120.0 million ether, he also proposed an additional limit, potentially as high as 140.0 million. Ultimately, he is more concerned with the economic sustainability of the platform, following the move to a new algorithm by which ether are created.

Back in January, Ethereum was given a welcome boost with the approach of its ‘Casper’ software update that sought to improve security and scalability on the Ethereum network. Historically, Proof-of-Work (PoW) networks, like the Bitcoin network, rely on network-connected computers (‘nodes’) to confirm transactions and record them into the blockchain. To do this, the nodes in a PoW network perform ‘mining’ duties; they solve extremely complex cryptographic equations to verify that transactions are true.

In exchange for their work, the mining nodes are rewarded with ‘block rewards’ in the form of crypto tokens. By extension, Proof-of-Stake networks do not rely on mining in order to confirm transactions and add them to the blockchain. Instead, PoS nodes perform ‘forging’ duties; they create new blocks as needed as transactions are processed. The latest proposal by Mr. Buterin is timely given this shift to a PoS network. 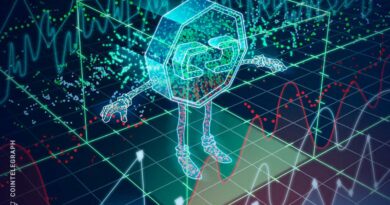