Home » Crypto » What Is MoneroV?

Forked versions of existing cryptocurrencies have become the new normal. There are multiple forks of Bitcoin in existence, although some altcoins also have their own “offspring”. Monero is about to join this illustrious list, as the MoneroV hard fork is scheduled to occur in about a week.

It is evident Monero has gotten a lot of attention due to its focus on anonymity. However, the MoneroV hard fork is a bit odd. The project positions itself as the truly anonymous, decentralized, and finite version of Monero. All existing Monero holders will become MoneroV owners when network block 1,529,8410 is discovered in a few days from now. Whether or not anyone even asked for this fork is a different matter altogether.

Finding the differences between Monero and MoneroV is not all that easy. Since both currencies focus on anonymity and privacy, they share a lot of similarities. However, MoneroV claims to offer lower transaction fees and improve overall scalability. This is done by implementing the Mimblewimble protocol, which was originally designed to be compatible with Bitcoin. This integration is still in progress, and it remains unclear if this approach will pay off.

With a capped supply of 256 million, MoneroV has a much higher supply than Monero itself, which may or may not be a good thing. It seems MoneroV will use stealth addresses, which may be a step back. It will be good to see which of these two solutions works better in the end.

One major question is whether or not MoneroV will gain any traction as a payment method. Considering that Monero is slowly gaining traction in this regard, any such fork will face a steep challenge. Considering that no exchange will support this hard fork at this time, it will be interesting to see if there is a future for this upcoming hard-forked currency.

There is still a lot of work to be done before MoneroV can truly rival the real Monero. For now, its team is focusing on the airdrop, followed by the lightweight wallet and web wallet release. A change in the proof-of-work algorithm will be introduced in Q1 of 2019, although it remains unclear which algorithm will be used from that point forward. The implementation of Mimblewimble will not happen until very late 2019 or early 2020, which means MoneroV’s differentiating features will remain absent for some time to come. 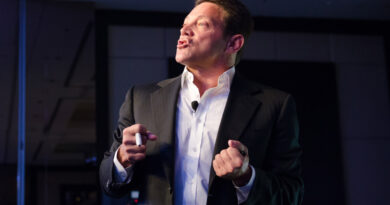