Home » Crypto » Who Is Satoshi Nakamoto?

An Introduction To Who Is Satoshi Nakamoto

A lot of ups and downs have come in the way of Bitcoin since the time it was first created in the year 2009. This famous cryptocurrency has not just crossed the worth of $10,000 rather $11,000 level has also been crossed, which is a history in itself. However, this famous digital currency has a story full of mysteries. The first mystery which remains unresolved is:

The mystery revolves around an Australian Doctor right from Japan to Temple City in California. An alone person or group of people can not disclose their identity till the right time come. Often people say he was born in Japan in 1975. Satoshi Nakamoto is a name behind Bitcoin Blockchain. The Problem of double spending was the main concern when Bitcoin was planned and implemented. Bitcoin is an innovation and may be an answer to the traditional economic system.

Satoshi Nakamoto published a mailing list at metzdowd.com in October 2008 describing bitcoin digital currency. In January 2009 Nakamoto introduced a basic version 0.1 of Bitcoin software on Sourceforge. Bitcoin is a crypto form of currency and first innovation based on the peer-to-peer electronic cash system. Nakamoto Initiated the coding work in the year 2007 and continued its advancement till 2010 mid.

The objective of Nakamoto was to implement a simple and safe solution that is why he used a Predicative script which helped him to maintain smoothness in the entire process. In 2010 Nakamoto created a website called bitcoin.org in order to collaborate with developers on bitcoin software.

In the mid of 2010, Satoshi Nakamoto transferred the code repository to Gavin Anderson and other bitcoin community members. He handed over the control and stopped his involvement in the project. Till Dec 2017, Satoshi Nakamoto was 44th richest person with the worth of 19 Billion USD. There are four names which emerged as a guess and till date identity of Satoshi Nakamoto is not disclosed to the world.

are the names often taken but still the Real man behind the concept is missing with deliberate intention. These are not just the 4 names which are in doubt rather there is a list of almost 13 people who are under the suspicion.

There are a few characteristics of the unknown creator of Bitcoin, which are enlisted below:

1) Perhaps an individual or a group:

As we are not sure whether the creator is a single person or a group of people, if the creator is a male or a female, thus the subject to be used cannot be defined. Should we call the creator “he”/ “she” / “they” remains a mystery in itself? He is:

In the United Kingdom Math is called “Maths” and the word “Flat” is used as the synonym of an apartment. These British English words were found used in the official messages left by Satoshi Nakamoto. Based on this judgment it is perceived that he might belong to the UK. Also when the timings of the release of his posts were checked that also matched the daytime hours of United Kingdom.

A person who created such an important discovery is obviously a genius without any doubt. The codes used in Bitcoin Blockchain are almost perfect and has no chance of security breakdown.

Satoshi Nakamoto has released a huge number of writings on Bitcoin in the two years of release of Bitcoin. All his writing in English matches the level of a speaker who is native to the English language. He has written more than 81,000 words which are available on the internet.

After looking at a few features of this great genius let us now understand that what may have motivated Satoshi Nakamoto to make such a great invention but hide his identity. In February 2009, in a release, Satoshi Nakamoto wrote that “The root problem with conventional currency is all the trust that’s required to make it work. The central bank must be trusted not to debase the currency, but the history of fiat currencies is full of breaches of that trust. Banks must be trusted to hold our money and transfer it electronically, but they lend it out in waves of credit bubbles with barely a fraction in reserve. We have to trust them with our privacy, trust them not to let identity thieves drain our accounts.”

According to certain assumptions, Satoshi Nakamoto is perhaps a person who doesn’t adore the corrupt banking systems and has some disliking for the corrupt economy. Thus, in order to liberate the society from these bars of corruption, he came up with this whole idea of digital currency on Blockchain technology. By this invention, he has tried to eradicate the root cause of all economies.

Why is Satoshi Nakamoto Anonymous?

There are perhaps a few reasons for which the inventor chose to remain anonymous.

Thus, the step to remain unknown to the world is very calculative and a safe game. In the year 2011, i.e. after two years of release of Bitcoin Satoshi Nakamoto got disappeared from the internet, and gave no warning regarding his disappearance. he ceased all the medium of his communication with the world. He simply wrote to some developer who was his fellow that “Moved on to other things”. These were the words in an e-mail which clearly proved his disappearance.

To summarize the article we can say that there have been a lot of people who are thought of to be Satoshi Nakamoto and there could be many more suspects. But the important question is will the real Satoshi Nakamoto reveal his identity? None of the present suspects could be correlated with the identity of Satoshi Nakamoto. Even the fact that Satoshi Nakamoto is one person or group is also unknown.

Meaning of the Name “Satoshi Nakamoto”

If we try to understand the meaning of the name “Satoshi Nakamoto”; “Satoshi” stands for wise or clear thinking, whereas, “Naka” says a relationship or inside and “moto” means foundation or origin. All these words definitely co-inside with each other and can be used for a genius who invented such a huge revolution. Each word in itself shows the grandeur of this whole movement in the digital world. However, the meaning doesn’t reveal whether the inventor is an individual or a group.

People are still in search of this genius in hope to know his real identity. He may or may not come up front and disclose himself due to various legal and other security issues as discussed formerly. But one thing is sure that he would never harm the integrity of this whole network. Moreover, once he has left the control in hands of public and miners the chances that he has any control over the technology of Bitcoin to exploit it is zero. He developed the system as an answer to the corrupt system which shows his pious intentions behind the whole creation.

Satoshi Nakamoto possesses 600 million dollars of bitcoins, and till date, none of them has been spent. This shows that money or profit-making was never his aim behind the development of Bitcoin. He had the complete liberty of entering into the exchange but didn’t initiate any such trade for money.

Who is Satoshi Nakamoto is the mystery which will remain unresolved until and unless the real Satoshi Nakamoto doesn’t come up by himself to unveil the truth? Until that time the whole team of miners and developers is taking very good care of the whole network of Cryptocurrency set by him.

Satoshi Nakamoto has brought a huge change in the global economy without showing his face or telling his identity. He has not given an open speech, didn’t attend any conference, didn’t show his face but has still successfully guided the world with a currency whose worth is not decided by the governments or banks but is rather a currency of people. This currency is “currency of the people, for the people and by the people”. The worth of all the cryptocurrencies, including Bitcoin and Altcoins, is decided by the demand and supply in the market.

He must be in some corner of the world observing the whole new trend started by him and how the 1400 other cryptocurrencies are revolutionizing the whole world’s economy. He must be praising himself for such a great invention and must be proud of himself. We hope to see the real Satoshi Nakamoto, but definitely safe and sound, without putting him into any troubles. 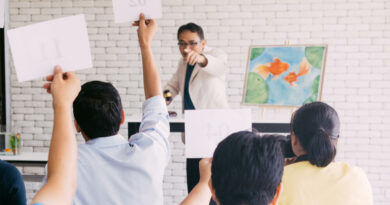 The U.S. Government Is Hosting a BTC Auction