Home » Crypto » How XRP's Tech Differs from Other Crypto Assets

Up, then down again.

In times of volatility, it can seem like there really isn’t anything supporting public cryptocurrency networks. But that isn’t exactly the case. While they come in all shapes and sizes (so to speak), cryptocurrencies all use the same ingredients – peer-to-peer networking, private key cryptography and programming.

XRP, perhaps the breakout crypto asset of 2018, is no exception.

Created in 2012 and now securing $40 billion in total value, XRP is the third-largest cryptocurrency network today, one that has gained publicity as the company that manages its operations, Ripple, has inked a range of impressive partnerships.

One point of criticism that has emerged, though, is that most of the announcements don’t have much to do with XRP, but Ripple’s other financial products. At least some users have been unaware of the distinction (though CoinDesk has a guide for that).

But even those considering the market (or who may be watching from afar) can benefit from understanding more about Ripple’s technology and how it differs from yet another market segment, public cryptocurrencies like bitcoin and ethereum.

While all three do trade on public exchanges, XRP, as you’ll see, doesn’t exactly function like the other assets you’ll find on CoinMarketCap.

To start, XRP is a cryptocurrency that rides on the XRP Ledger. (You can think of XRP as similar to U.S. dollars, and XRP Ledger like the Federal Reserve’s official database of bills, coins and notes.)

Like any distributed consensus protocol, a set of computers run XRP LCP in an effort to determine which transactions that have been sent over the network are valid and, as such, agree on the history of the ledger.

In this, the algorithm faces a similar challenge to bitcoin, ethereum and other more decentralized cryptocurrencies – the double-spend problem, whereby a user might try to send the same cryptocurrency transaction twice in an effort to game the system.

Whereas bitcoin and ethereum solve the problem with a consensus algorithm called proof-of-work (in which miners use specialized hardware to solve complex mathematical puzzles to verify transactions and earn rewards), XRP uses something different. Its construction hinges on a “trust-based alternative” to this, in which a handful of nodes are elected to make the ultimate decisions about the ledger’s history.

This group of nodes is called the Unique Node List (UNL), and currently, Ripple oversees which nodes get added to the list.

Following the guidance of the UNL, nodes broadcast a vote on which transaction history is correct, and the consistent majority will be chosen to advance the ledger. According to a recent white paper, 90 percent agreement across nodes is required to ensure the safety of the network.

Because the network does not rely on computationally intensive proof-of-work and a whole network of computers competing to verify transactions, XRP LCP can cope with a much higher throughput of transactions settled in around four seconds.

Still, even these details are under experimentation as the company seeks to improve the tech. Ripple researchers Brad Chase and Ethan MacBrough have even proposed a new algorithm named Cobalt as a replacement for the XRP LCP.

Instead of relying on 90 percent node agreement, Cobalt can function with a mere 60 percent.

While the efficiency of Ripple’s system is a plus for many, others are turned off by its centralization of nodes.

Although users can individually define their own UNL, Ripple recommends its UNL based on its consistently honest performance over time. As such, because other nodes might fall out of agreement with Ripple’s UNL (which defines the transaction history), failure to follow the recommended UNL may result in a botched payment.

This differs substantially from bitcoin and other public cryptocurrencies in that anyone (with the technical know-how) can spin-up a node and start helping secure the network, plus anyone (with the correct hardware) can begin mining.

But Ripple plans to add 11 more recommended nodes, run by trusted companies and universities, this year, and would also like to see all its nodes phased out in time.

“Right now, we see a certain number of third-party validators that are building up a history; they’re looking good but at the same time they’re still pretty new, so they don’t have the same … five years of run time that Ripple’s validators have,” Stefan Thomas, the company’s CTO, told CoinDesk.

On top of that, Ripple hopes that one day users of the network will be able to define their own UNL based on their own personal parameters.

An area where XRP and its distributed ledger have the most in common is in development.

The full client software of the XRP ledger, named “rippled,” was open sourced in 2013, and its development centers around Github.

Like both bitcoin and ethereum, rippled is derived from a system invented by programmers working on the programming language Python, whereby changes are added to the Github as “improvement proposals.”

In Ripple, these are called a Ripple Improvement Proposals (RIPs), which are presented as a draft and then go through careful analysis before being merged with the ledger.

The vetting process for new features here is just as intense as is on bitcoin and ethereum, where a number of public debates have erupted over the years.

There are a total of nine core developers, who audit the code and execute tests based on proposed code changes, listed on the company’s Github.

While XRP and its underlying technology have been criticized for being less frequently updated, the company recently released new technical papers that detail the infrastructure and are being put in front of academics for peer review.

Whereas bitcoin and many other cryptocurrencies have a set number of cryptocurrency units, which are released from the protocol as miners validate transactions, XRP works in a different way.

All the XRP that will ever be produced – 100 billion – were created in 2013. Similar to ethereum’s “gas” unit, XRP is used to pay the small fees for sending transactions across the network, but instead of those fees going to miners, the XRP is destroyed.

The process acts as an anti-spam measure since people are less inclined to attack the ledger with spam transactions if those transactions cost money.

While this crypto carnage might worry some investors, in November 2017, the company did the math, saying, “At the current rate of destruction, it would take at least 70,000 years to destroy all XRP.”

Although, there are other worries as it relates to the supply of XRP.

Initially, 20 billion XRP were granted to the founders and creators of the project. On top of that, the remaining 80 percent of the coins were passed to Ripple, which causes many people to worry that the company could use those coins for less than ideal purposes, such as dumping them in a cash grab and causing a large-scale devaluation of the crypto asset.

In response, though, Ripple announced last year it would lock up all remaining XRP into a digital escrow that would slowly distribute the remaining tokens over time.

Yet, many XRP enthusiasts seem less interested in XRP’s use to deter spam, and more interested in the possibility that it’s used to make cross-border payments by some of the largest financial institutions in the world.

And this year, the industry has seen some of this materialize, albeit if only in pilots and tests. So far, Ripple has announced partnerships with Moneygram and a number of other remittance providers, Santander UK and a slew of other international payment and banking providers.

Not all of these partnerships are focused on utilizing the Ripple product (there are three altogether) that uses XRP. But more and more companies are interested in testing out the use of XRP as a “bridge currency,” meaning customers can convert fiat currencies into or out of XRP in order to speed up trades.

According to Thomas, it’s this liquidity that accounts for the current and future value of the XRP token.

“We think that as a store of value as something that we’re, Ripple Inc., very much invested in the outcome of the doctrine of XRP, by virtue of our holding of XRP, we are obviously believers in sort of long term potential for XRP to rise in value as adoption approves to the token.” 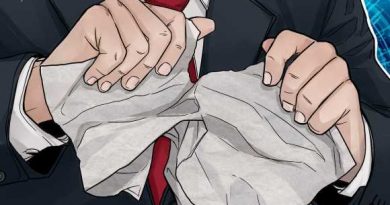 Verge on the Verge of a Block Reward Halving