The U.S. Treasury Department designated China as a currency manipulator on Monday afternoon, after the yuan’s value against the dollar fell below a “line in the sand” and intensified trade tensions.

In a statement, the Treasury Department said Secretary Steve Mnuchin, “under the auspices of President Trump,” has determined that China is a currency manipulator.

“As a result of this determination, Secretary Mnuchin will engage with the International Monetary Fund to eliminate the unfair competitive advantage created by China’s latest actions,” the Treasury department said, explaining: “In recent days, China has taken concrete steps to devalue its currency, while maintaining substantial foreign exchange reserves despite active use of such tools in the past. The context of these actions and the implausibility of China’s market stability rationale confirm that the purpose of China’s currency devaluation is to gain unfair competitive advantage in international trade.”

The statement added that the People’s Bank of China “has extensive experience manipulating its currency and remains prepared to do so on an ongoing basis.”

It’s the first time the U.S. has labeled China as a currency manipulator since 1994, and could open the door to new sanctions.

It’s also a reversal for the Treasury Department, which in May declined to give China that label. But President Donald Trump has pressed for that designation.

Read: Why a falling Chinese yuan crushed the stock market and intensified the trade war

“China has always used currency manipulation to steal our businesses and factories, hurt our jobs, depress our workers’ wages and harm our farmers’ prices. Not anymore!” Trump tweeted Monday before Treasury’s announcement.

China’s currency CNYUSD, -0.0013%  weakened early Monday, trading at more than 7 yuan per U.S. dollar for the first time in more than a decade.

For the first time, Biden says explicitly that Trump should be impeached 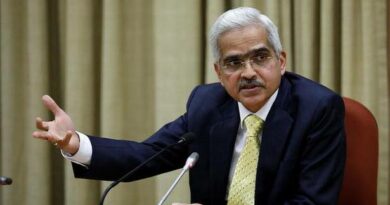