Banning sleeping on the street will help the homeless: Vegas pro tem mayor

Las Vegas Mayor Pro Tem Michele Fiore pushes back against the narrative that this move is criminalizing homelessness and says the city will transport people to better areas and will not enforce the ordinance if the city’s shelters are full.

A new Las Vegas ordinance banning sleeping and camping on the street will help the homeless with a focus on “hiring, housing and healthiness,” Mayor Pro Tem Michele Fiore told FOX Business’ “Bulls & Bears” on Thursday.

Fiore pushed back against the narrative that this is criminalizing homelessness. "Blatant lies," is what she called critic's claims the city is just throwing people in jail.

IS AUSTIN ON THE VERGE OF A HOMELESS CRISIS?

“Either the police or our Marshals or city Marshals will say, ‘Listen, you can't really camp here,’ so they can just walk away, and the enforcement walks away,” she said. “If they say, ‘Well, I don't know where to go,’ we will actually ask if they would like us to transport them.”

“The biggest thing with this ordinance is if we don’t have any space in our shelters where they can actually go and get help, where they can get jobs, housing and healthy checkups, then we don’t enforce it.” 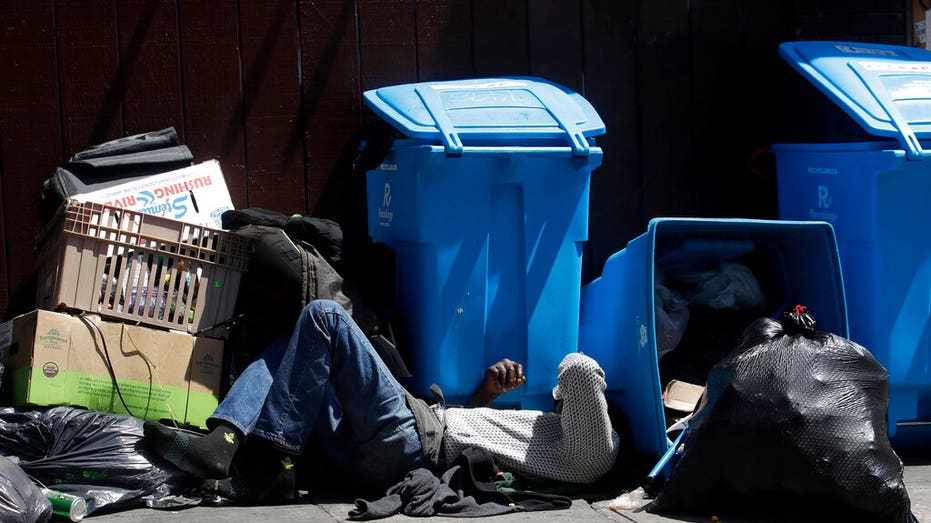 In this Aug. 21, 2019, file photo, a homeless man sleeps in front of recycling bins and garbage on a street corner in San Francisco. (AP Photo/Jeff Chiu, File)

Last month, 2020 Presidential candidate Sen. Elizabeth Warren (D-MA) said about Vegas' decision, “We should be fighting back against measures that criminalize homelessness – not proposing ones that will only perpetuate it.” Fiore told FOX Business' David Asman, “Our ordinance mimics 107 other cities” and pointed to Boston, Massachusetts, as one of them.

"I just want to tell these presidential candidates to please make sure whoever is writing your stump speech that you know your own laws in your own state," she said.

Fiore said this ordinance doesn't take effect until January 2020, and the city will spend the next 90 days talking to those currently camping and sleeping on the street and try to find solutions. She added the city is focusing on the downtown area, and the homeless shelters will likely be able to handle the number of people from those areas. 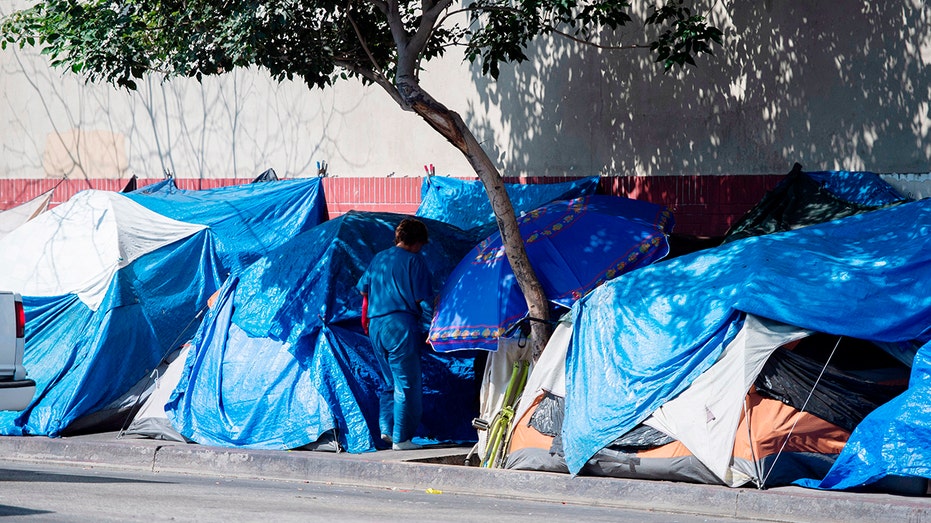 Las Vegas' ordinance comes after numerous cities have dealt with a rise in homelessness, such as Austin, Texas, and California's San Francisco and Los Angeles. Some California officials are even calling for a state of emergency in response.