Home » ICO » Litecoin Cash: Everything You Need To Know About This Litecoin Fork

Originally created by a fork in Bitcoin, Litecoin has a had very turbulent time recently.

With fluctuating prices, Litecoin’s volatility increased when the news of the fork was released. This was followed by a substantial post-fork dip while Litecoin Cash—the new cryptocurrency resulting from the fork—spiked significantly.

We will run through an overview of what a fork is, discuss the differences between a hard and soft fork, then examine what this means for the future of Litecoin (LTC) as well as the newer Litecoin Cash (LCC).

If you would like to brush up on some finer details on Litecoin, check out our What is Litecoin? article.

A hard fork can be thought of as a permanent divergence or splitting of the blockchain.

It can occur for several different reasons. These could range from there being security vulnerabilities that need to be addressed much faster than what is achievable with a soft fork, varying all the way to disagreements within the developing team.

When the hard fork occurs—usually when a specific block number is reached—an entirely new blockchain and cryptocurrency come into use.

From here, the user now has two different cryptocurrencies that can’t be exchanged with each other. Market conditions and response to the new rules implemented on the new blockchain will usually determine whether the hard fork becomes a success or not.

A soft fork is a temporary divergence of the blockchain. It occurs when new rules and a new chain is introduced. Some nodes update to accept the new rules, while others remain unchanged.

From here, two things can happen:

The outcome of a soft fork is such that by the end of the process, only one blockchain and associated cryptocurrency remain. Holders of the cryptocurrency keep their existing coins and no new type of coin is introduced.

What is sometimes referred to as a software fork is when an entirely new project is made from the concept, codes, and ideas of a pre-existing product.

From this we can see that the process that has created Litecoin Cash is not a hard or soft fork, but rather a software fork. For all intents and purposes, it’s an entirely new project that just happened to reward LCC tokens to holders of its LTC namesake at the time of creation.

Litecoin itself was a software fork of Bitcoin. As we know, Litecoin was an entirely new project, though it was based heavily on the ideas, software design, and principles of Bitcoin. Software forks, when looked at closely, are not really forks at all. They can be thought of more as a concept clone. 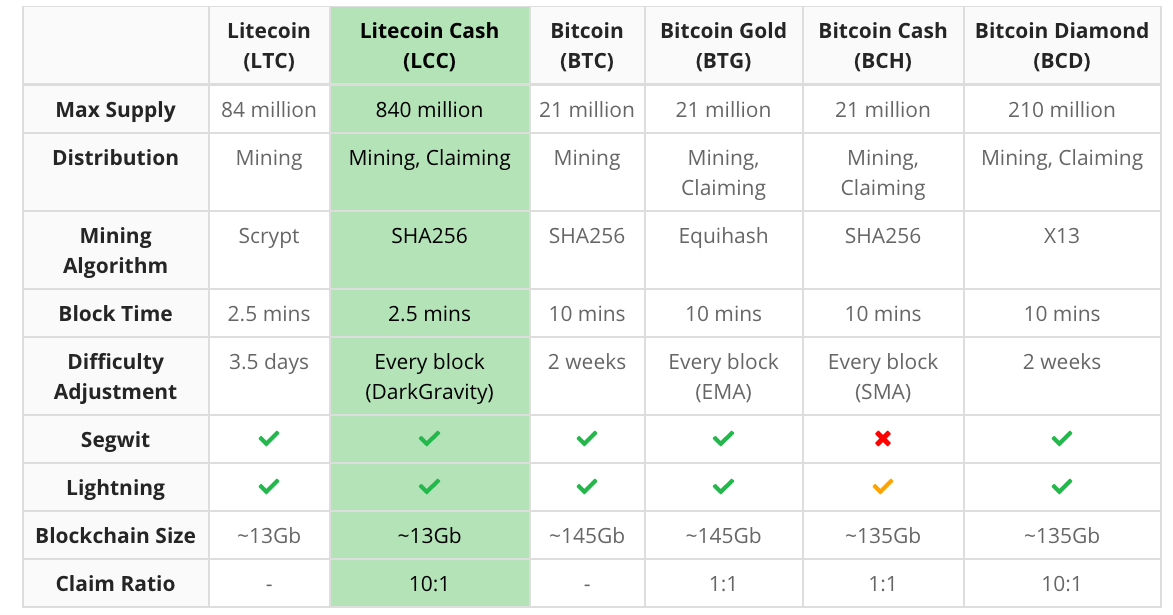 Litecoin Cash is, as the name suggests, very heavily based on the existing ideas, technologies, and principles of Litecoin.

LCC supposedly started out when members of the founding team joked about “rebuilding” Litecoin to use SHA256 mining technology.

Upon further analysis of this idea, they realized that the majority of existing SHA256 hardware that is now in circulation due to Bitcoin mining has now become obsolete because of the increased resources required for the congested network.

Such hardware would be perfect for mining Litecoin due to its smaller number of transactions, but Litecoin utilizes different technology, requiring different hardware.

Realizing the potential implications of this idea, the Litecoin Cash foundation established a few core ideas that would differentiate LCC from LTC:

So how did it all go?

At block 1371111, Litecoin Cash successfully forked away from the Litecoin blockchain.

People who were holding LTC at the time were entitled to 10 LCC for every LTC that they had in their wallet.

The Showdown Between Litecoin (LTC) and Litecoin Cash (LCC)

The big question at the moment being asked by fans and critics of Litecoin alike is: what will this fork mean for Litecoin?

To answer this, we must realise that it’s not so much of a fork at all, but rather a comparison between two completely separate cryptocurrencies that share a very similar name and similar vision.

It seems very unlikely that Litecoin Cash would be significant enough to derail the progress of Litecoin, but it also appears that there is no reason why Litecoin Cash can’t also prosper.

Is LCC a Scam or Not?

The large question about potential prosperity hanging over the head of Litecoin Cash is whether or not it’s a scam.

Concerns of its legitimacy have been raised for three main reasons:

Now that we have the benefit of hindsight, having witnessed a successful fork, it’s quite apparent that Litecoin Cash is not a scam, and that these rumors were merely the result of a communication breakdown and a trigger-happy social media user.

Results of the Fork 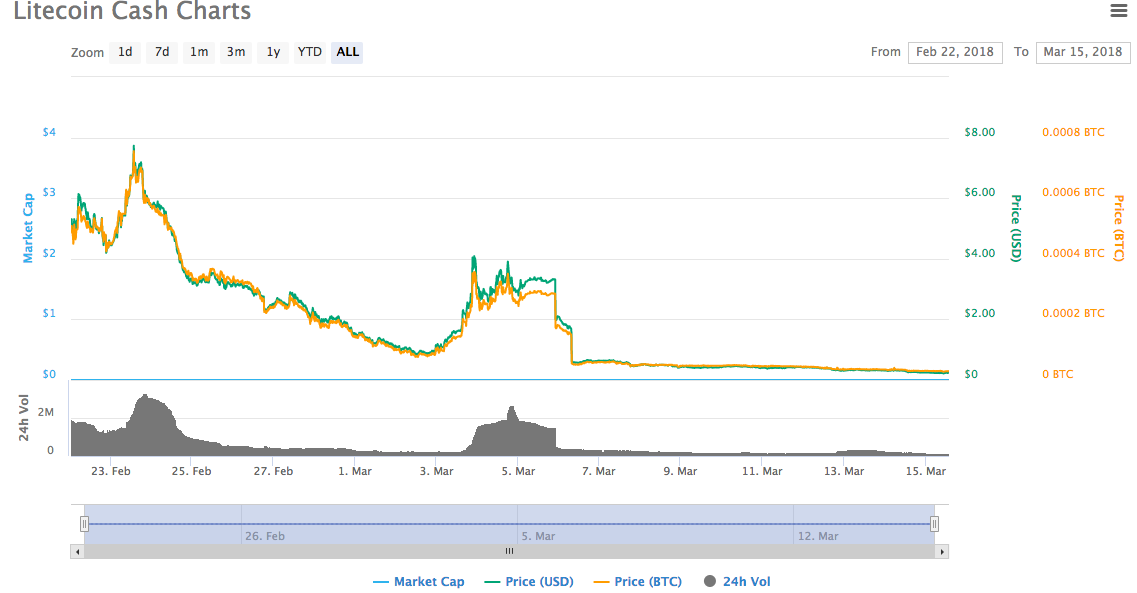 LCC spiked to just over $7 in its first few days, plummeting soon thereafter to less than $1, rising rapidly back up to $4, and at the time of writing, it’s currently sitting at a staggeringly low $0.24.

LCC is in its very early days and it’s currently impossible to tell if it will stabilize and increase, but if it does ever reach $7 again, those who are buying it now should be more than happy.