Home » Markets » A Fidelity fund manager overseeing $6.5 billion breaks down the investment strategy she's used to beat 94% of peers — and shares 5 stocks set to win as the European economy recovers

For Karoline Rosenberg, co-fund portfolio manager of Fidelity's $6.5 bln European Dynamic Growth Fund, the key to success is to play to your strengths. In her case, that means cutting through the macro noise to find the best buys.

"What are we good at – stock-picking -  that's the Fidelity strength. We have this big team, lots of resources, we can turn so many stones and we also have the time to really go in-depth on things," Rosenberg said. "This fund is all about taking out most of the macro factors and only investing in areas that are not driven by macro-specific drivers," she added.

This allows Rosenberg to select those companies that will be winners over a longer term horizon – on average around five years – regardless of how the macroeconomic winds blow. That's why her fund has beaten 94% of its peers over the last three years and returned 10.89% in the same period, compared with the benchmark's 3.43%, according to Bloomberg data.

"We believe: if you have a winner, you stick with it," she said.

However, what differentiates the fund is that, despite the fund's focus on growth stocks, Rosenberg is not a growth investor "at any price," which insulates the portfolio to an extent from the current economic turning point, she said.

"We're very valuation focused," she explained, "we operate with a margin of safety, meaning we are big believers in thinking 'what is the intrinsic value of this business' and making sure you buy below that."

She elaborated: "That doesn't mean we own only businesses that have a low P/E. For us, value is not necessarily in a low price to book multiple, or a low P/E multiple – it has to be cheap versus what we think this business can deliver/grow/yield us."

It is this disciplined approach to valuation that allows Rosenberg to include stocks she still likes, but protects her from being caught on the wrong side of larger sectoral rotations, or steep corrections in prices.

"We feel valuation is really a source of risk ultimately, and the higher the valuation, the more sure you need to be that you're right with your assumptions," she said.

One example of the fund's success with this approach was with its stake in French online payments company Ingenico, Rosenberg said.

Even without the merger, since Fidelity took a stake in the company around mid 2019, according to Bloomberg data, its shares tripled in value.

As of September 30, the fund held a €1.48 mln position in the company, according to Bloomberg data.

"When we bought it, I think it was somewhere at 9-11 times earnings – it was really a beaten-down stock," she said.

"Everybody hated it because of the payments terminal business… but in the background they had acquired some really interesting digital assets and built a very interesting payment platform on the back of these acquisitions." Additionally, the company had experience a couple of execution glitches, which led to profit warnings, "so the market was really fed up with the name," Rosenberg said.

However, Rosenberg and her co-manager Fabio Riccelli still "felt there was real value" and saw a growth opportunity at a very attractive valuation.

"The valuation was such that we didn't know if it would work out this quickly – to be honest, that came as a positive surprise, but we knew it had a fantastic management team that could make something out of the assets that they had," she said, "and then it also got taken out, so we had the double positive," she added.

The duo remain "extremely positive" on the payments space, arguing that "there is enormous growth, and it's also one where the pandemic has helped with the adoption of the business model, with cash cashless payments etc, it's all here to stay. It's a scale business, because ultimately it runs on tech infrastructure and the more payments you can run over that same infrastructure, obviously the more attractive. So consolidation will continue in this market," she said.

Getting it right is as much art as it is science. Rosenberg goes through four of the most common mistakes stock-pickers make when looking for opportunities at cheap valuations.

Four Red Flags You Need to Watch Out For: 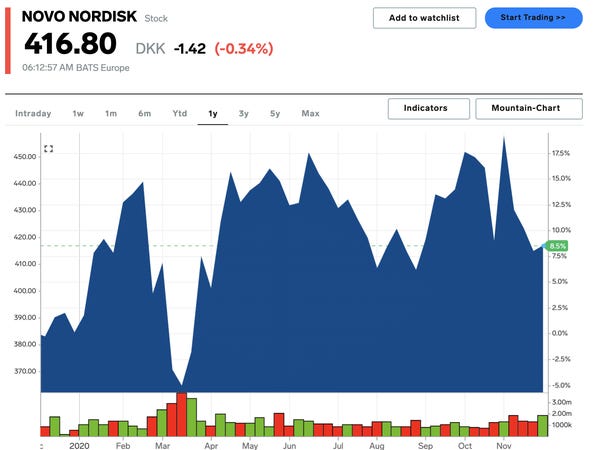 "I know that is a name that many growth managers have, but they have so much opportunity with their GLP-1 products. I think that's that's for years to come and is very attractively valued," Rosenberg said. 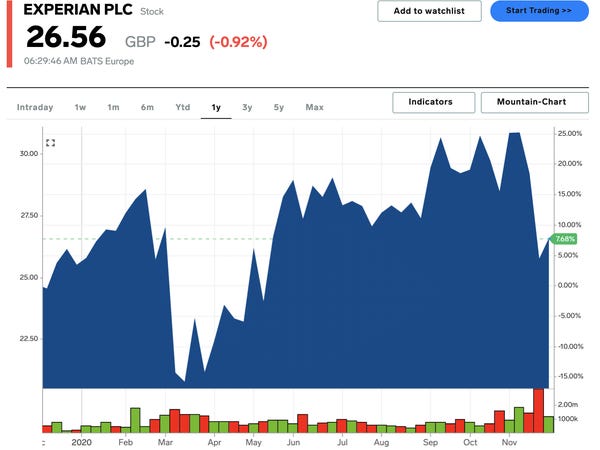 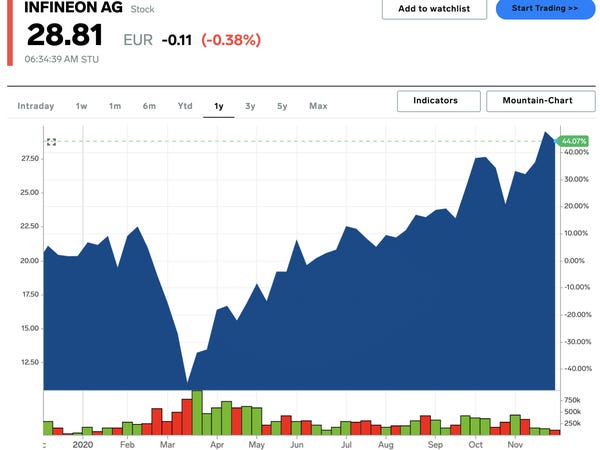 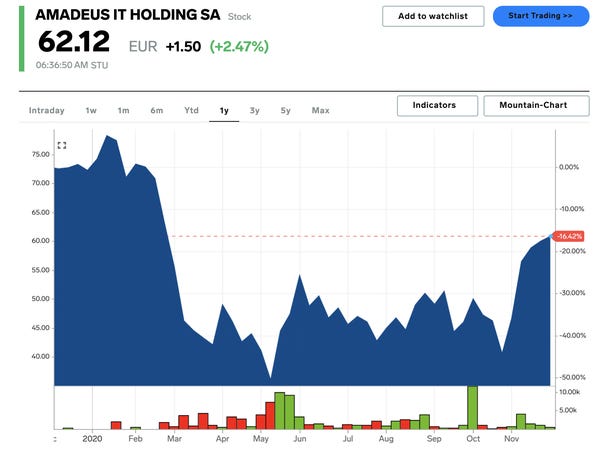 There is a group of names that have been left behind by the pandemic, "either travel-related names or hospitality-impacted names, which are still high quality," Rosenberg said.

"Amadeus is a very good business -  yes, it's suffering like hell because of passenger volumes, but I would expect that these come back. I have no doubt in my mind that everybody's craving to actually go away and travel again," she said.

"I'm of the belief that the moment we have the testing in place and we have the vaccines coming, you will see these businesses come back and I think the market was initially very harsh in discounting current trends into perpetuity. The initial sell-off in the market was such that people assumed that we will now forever do certain things, and I simply think that's not the case," she added. 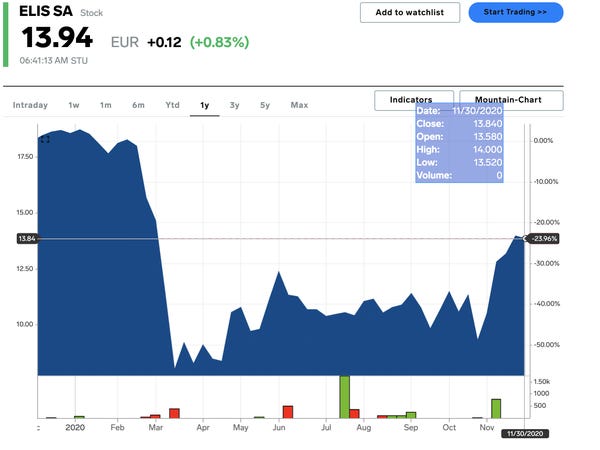 "You have smaller-cap assets, for example, like Elis – a provider of professional textiles – so they do beddings and workwear etc. A third of that business is in hospitality, doing beds for hotels. Now these businesses were down 90% in the crisis, but it doesn't mean that this business will not come back. It has a very good management team who on the ball… with good growth and I don't see that these businesses will not come back in a strong way," she said.