Futures pointed lower in Japan and Australia. S&P 500 contracts were little changed after the benchmark saw its biggest loss in a month. Ongoing fiscal spending talks in Washington continued to weigh on sentiment as prospects dimmed for fiscal aid before the presidential election. The dollar strengthened and 10-year Treasury yields slid toward 0.8%. Oil and copper declined, while gold was little changed.

In Europe, a gauge of tech stocks fell the most since March after a 22% plunge in German software maker SAP SE following a cut to its sales forecast and warnings that the pandemic will hurt business through mid-2021.

Investors have turned cautious with the U.S. election a week away and time running out to finish an aid package before then. On the virus front, U.S. infections have hit a record in recent days. Europe took a step closer to the strict rules imposed during the initial wave of the pandemic, with leaders struggling to regain control of the spread while confronting growing opposition to restrictions.

“Fiscal stimulus seems to not be coming as quickly as we thought and the virus is coming quicker than we imagined,” said Keith Buchanan, portfolio manager for GLOBALT Investments in Atlanta. “Putting those two together is somewhat of a reality check for the markets.”

In Washington, House Speaker Nancy Pelosi and Treasury Secretary Steven Mnuchin again attempted to reconcile differences on a virus relief package. Differences between the two sides “have narrowed,” but “the more it narrows, the more conditions come up on the other side,” White House economic adviser Larry Kudlow told reporters.

Elsewhere, Turkey’s lira weakened past 8 per dollar for the first time. The central bank rattled investors last week by unexpectedly keeping rates on hold, and geopolitical risks have sapped interest in Turkish assets.

These are some events to watch this week:

Here are the major moves in markets:

— With assistance by Claire Ballentine, Vildana Hajric, and Nancy Moran 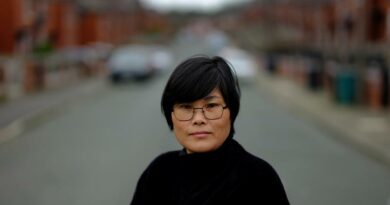