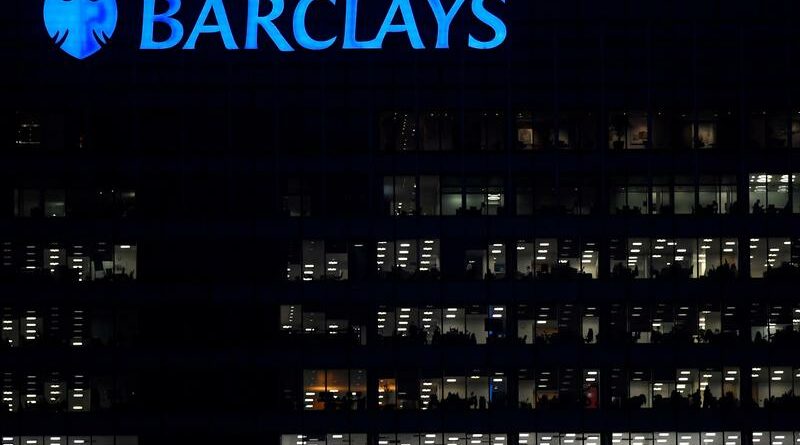 LONDON (Reuters) – Barclays has resumed modest shareholder payouts after a year-long hiatus due to the COVID-19 pandemic, setting expectations other British lenders will follow suit when they report 2020 earnings in the next few days.

Barclays said on Thursday it would pay a full-year dividend of 1 pence per share and buy back 700 million pounds ($969.4 million) worth of stock, a vote of confidence in its balance sheet after regulators in December gave the green light for payouts.

The resumption came as Barclays’ profit fell by half, much less than forecast as a strong performance by its investment bank offset provisions against bad loans from the economic fallout of the COVID-19 pandemic.

Barclays reported a profit before tax for 2020 of 3.1 billion pounds ($4.29 billion), well above the average estimate of 1.96 billion pounds from analysts’ forecasts compiled by the bank.

Barclays shares fell 2% in early trading before recovering to trade broadly flat, after the payout plans and a vague outlook set out with no profit targets left analysts underwhelmed.

The bank said its returns are likely to improve ‘meaningfully’, without giving any numbers, and that the outlook for its loss-making consumer business remains ‘uncertain’.

“Overall a good set of numbers, but the focus is likely to be on the 2021 outlook statement which is very light on detail and so could lead to some disappointment,” analysts at Citigroup said.

Barclays’ investment bank had a stellar year, which in common with U.S. peers reported strong revenues from its equities and fixed income businesses as customers traded frantically in volatile markets in 2020.

The fixed income, currencies and commodities unit reported a 53% increase in income, as swings in global interest rates and prices of commodities such as oil drove trading.

Equities saw a 31% rise in income while banking fees rose by 8%.

That performance drove the bank’s bonus pool up 6% for the year, although CEO Jes Staley’s pay fell from 5.9 million to 4 million pounds as the bank failed to hit its overall profit goal for the year.

The lender’s consumer, cards and payments division reported a loss for the year of 1.1 billion pounds, mainly due to pandemic-linked provisions.

The decision by Barclays to resume payouts will raise expectations that its peers will follow suit when they report earnings in the coming days.

Natwest is due to report on Friday, while HSBC, Lloyds Banking Group and Standard Chartered follow next week.

The Bank of England (BoE) had told Britain’s seven biggest lenders in March to suspend dividends and share buy-backs until the end of 2020, to help them maintain capital buffers against the expected hit to their loan books from the pandemic.

The BoE said in December that banks looked strong enough to resume payouts, albeit within temporary “guardrails” that capped dividends at 0.2% of a bank’s risk-weighted assets at the end of 2020, or 25% of cumulative profits over 2019.

Barclays gave no update on a probe by Britain’s financial regulators into links between Staley and U.S. financier Jeffrey Epstein, who killed himself while awaiting trial on sex trafficking charges. Staley said at the time he regretted his links to Epstein, which began in 2000 while he was employed by JPMorgan. 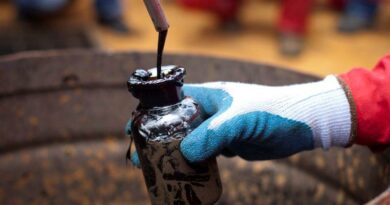