BEIJING (Reuters) – China’s factory gate prices fell at a slower pace in November, adding to signs that the world’s second-largest economy is rebounding from the COVID-19 pandemic, but consumer prices unexpectedly declined for the first time in over a decade.

FILE PHOTO: An employee works on a production line manufacturing steel structures at a factory in Huzhou, Zhejiang province, China May 17, 2020. China Daily via REUTERS

The producer price index (PPI) fell 1.5% from a year earlier, the National Bureau of Statistics said on Tuesday. The drop was smaller than the 1.8% decline forecast in a Reuters poll and the 2.1% drop in October.

Consumer prices fell on an annual basis for the first time since October 2009 but that was driven by a drop in pork prices as supply recovered from the African swine fever in recent years.

The consumer price index (CPI) fell 0.5% in November from a year earlier after rising 0.5% in October. The index came in below even the lowest projection in a Reuters poll, with forecasts ranging from -0.3% to +0.5%.

“This was almost entirely driven by improvements in pork supply and isn’t evidence of faltering demand,” said Julian Evans-Pritchard, senior China economist at Capital Economics, in reference to the fall in the year-on-year CPI.

“We think the PBOC (People’s Bank of China) will look through this and focus on underlying inflation which is likely to pick up in the coming months as economic activity remains strong.”

China has seen a steady rebound from the coronavirus crisis, with both exports and manufacturing activity rising rapidly in November. But there are some concerns about an uneven recovery as certain sectors grapple with a rising yuan and still tepid global demand.

The recent bout of upbeat releases, however, has prompted some speculation that the central bank could tighten monetary policy, though officials say they are in no rush given the lingering uncertainties around the pandemic.

Month-on-month PPI rose in November at its fastest pace since the pandemic started in China late last year, on rising global crude oil prices. It rose 0.5% in November after no change in the previous month.

Raw material prices fell 4.2% from a year ago, at its slowest pace since February, after declining 6.0% in October.

“We believe as the economy stages a substantial year-on-year expansion in the first quarter next year, PPI may achieve growth with a high positive slope,” said Zhang Yi, Beijing-based chief economist at Zhonghai Shengrong Capital Management.

The consumer price index fell 0.6% month-on-month after a 0.3% dip in October.

The year-on-year drop was mostly driven by volatile food prices, which fell 2% in November from a year ago.

Pork prices slumped 12.5% year-on-year as China replenished its pig stocks which had been decimated by the deadly African swine fever, which started in late 2018. 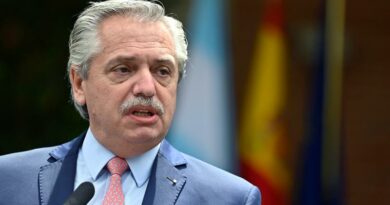