Home » Markets » Consumer prices rose at the fastest pace since 1982 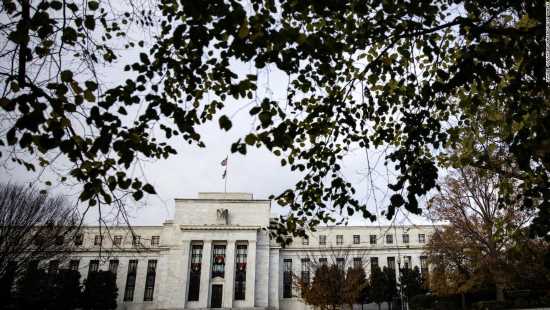 London (CNN Business)The Federal Reserve, faced with the highest jump in inflation in almost four decades, is preparing to pivot.

What’s happening: Gone are the days when Chair Jerome Powell said inflation was “transitory.” When the Fed wraps up its final meeting of the year on Wednesday, it’s expected to announce that it will wind down its emergency bond-buying program faster than expected as it tries to curb rising prices.
The central bank will also send a message to investors about how soon it expects to start raising interest rates from rock-bottom levels.

But some economists and executives are alarmed by what they’re seeing.

They worry that without decisive action soon, the Fed will miss its opportunity to keep a lid on inflation, which is notoriously tricky to manage once it starts accelerating. 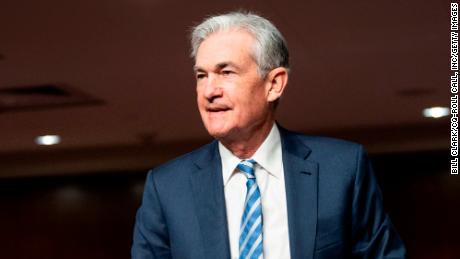 “Two things happen when inflation gets embedded,” Mohamed El-Erian, chief economic adviser at Allianz, said on CBS’ “Face the Nation” earlier this week. “One, you lose purchasing power, and the poor suffer the most. Second, you get a Fed overreaction, and then you get a recession, and then you get income losses. So, you really want to navigate this process in a timely and orderly way.”
He thinks the Fed shouldn’t wait until it stops buying bonds to think about interest rate hikes, as it has previously indicated it would do. That conversation needs to start “now.”
Dana Peterson, chief economist at The Conference Board, also believes the Fed should “probably be more worried about these higher prices.”
“The Fed must act now to help prevent faster inflation from scuttling the US economic expansion and eroding consumers’ purchasing power,” Peterson wrote in a column for CNN Business on Monday. “That means it should accelerate the pace of its quantitative easing taper, and raise interest rates a few times next year.”
Remember: The Fed hasn’t wanted to pull back support for the economy at a pace that could derail the jobs recovery. Yet Peterson writes that “incoming labor market data suggest that the economy has achieved or will soon reach full employment, but inflation is still out of control.”
In June, the Fed predicted that its preferred measure of inflation would run at 3.4% in 2021, already well above its target of roughly 2%. The latest data from October showed inflation at 5%. November could be even worse.
Even if the Fed does start to move more aggressively, there are questions about how effective interest rate hikes would be in the current environment. Boosting rates could help cool the red-hot housing market, but won’t do much to directly address supply chain problems and labor shortages, which are major reasons prices have climbed over the past year.
That bolsters the case for caution at the central bank.
“Three main factors have driven inflation over the past year: fiscal stimulus, tight labor markets, and supply-chain problems,” Adam Ozimek, chief economist at Upwork, recently wrote in The Atlantic. “All three of these will dissipate over the next year or two. What is required, then, is not prudence but patience.”
Still, investors expect more members of the Fed to get behind rate hikes on Wednesday. The central bank’s “dot plot,” which charts interest rate expectations, will be scrutinized.
“I would be very surprised if there aren’t more dots talking about rate increases next year,” Morgan Stanley CEO James Gorman told CNBC on Monday.
Wall Street’s mood: Gorman thinks that when rates start to rise, financial markets “may have a setback for a little bit.” But he thinks that’s “fine.”
“The Fed’s job is not to worry about the market,” he said. “It’s to worry about the economy.”

Pfizer’s stock surge is bigger than its vaccine

Shares of Pfizer (PFE) have skyrocketed more than 50% this year, significantly outpacing the 23% rise in the S&P 500 index.
The company’s Covid-19 vaccine has been a huge part of the story.
See here: On its most recent earnings call, the company said it expected sales of its coronavirus vaccine to reach $36 billion this year.
The scramble for booster shots as wealthy countries try to keep the Omicron variant at bay could provide another lift. But it’s not the only development investors are monitoring.
This just in: Pfizer announced Tuesday that its experimental treatment for Covid-19 cut the risk of hospitalization or death by 89% if given to high-risk adults within a few days of their first symptoms, according to its latest clinical trial.
In an interview with CBS, CEO Albert Bourla said that the pill, which is called “Paxlovid,” could be available in the United States this month, pending emergency approval from the US Food and Drug Administration.
While it’s not a replacement for vaccines, it could be a “game changer,” he emphasized.
President Joe Biden praised Pfizer’s report, which he said could “mark a significant step forward in our path out of the pandemic.” His administration “has already placed an order for enough of these pills to treat 10 million Americans,” he added.
Watch this space: UBS upgraded its rating for Pfizer’s stock from “neutral” to “buy” earlier this week. Driving the move? An estimated $14 billion in sales from Paxlovid in 2022.

Here’s a rare piece of holiday cheer in a year of screwed-up supply chains: Shipments and deliveries are moving fairly well.
Deliveries of packages by UPS, FedEx and the US Postal Service are all moving at close to 100% on-time performance, according to data from ShipMatrix, a software provider that works with parcel shippers. It’s a pleasant surprise, even for those who anticipated that those services would be well prepared for the holiday season, my CNN Business colleague Chris Isidore reports.
“If you operate at the peak, that’s tremendous,” said Satish Jindel, president of ShipMatrix. “I was expecting [the performance rate] to be in the mid-90s.”
Jindel attributes the better-than-expected results to three factors: 1) carriers, foreseeing problems, added capacity, 2) more consumers are buying in stores, and 3) people knew there were supply chain problems and shopped early.
A survey conducted for UPS earlier this year found that 91% of consumers planned to complete their holiday shopping one week before Christmas compared to 81% last year. And about 60% of consumers aimed to finish shopping two weeks before the holiday, up from 52% in 2020.
There’s more: Shipping companies are actually moving more boxes. FedEx said it expects to handle 100,000 more packages this holiday season than it did in 2019. UPS is forecasting a volume increase from last year’s record levels. That makes it even more impressive that everything is moving smoothly.

US retail sales for November post at 8:30 a.m. ET. The Federal Reserve’s policy announcement follows at 2 p.m. ET.
Coming tomorrow: The Bank of England and the European Central Bank will announce their plans to tackle inflation while monitoring the Omicron variant.
Source: Read Full Article 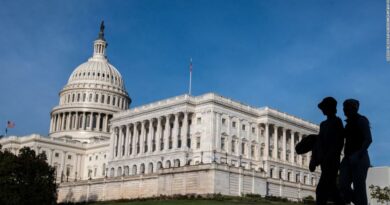 He predicted inflation surge. Hear his prediction about what comes next