LONDON (Reuters) – The dollar was headed for its worst week in a month on Friday after plumbing a 2-1/2 year low, as investors bet the greenback has further to fall and that the worst of the COVID-19 pandemic could be over within months.

A flurry of positive vaccine news has helped drive a rally in riskier currencies, while actions taken by the Federal Reserve have weakened the dollar.

“It has been another bad week for the US dollar,” analysts at MUFG said in a note. “It will encourage speculators to rebuild short US dollar positions which have been pared in recent months.”

Investors will get a further indicator of how the U.S. economy is holding up at 1330 GMT, with monthly payrolls data expected to show employment growth, but at a slower pace.

The euro has been one of the biggest winners from recent dollar weakness, breaking decisively above $1.20 this week and is on track for a more than 2% weekly gain.

“The euro is holding above the $1.21 level for the first time since spring 2018, despite the fact that there is only a week to go before the European Central Bank is expected to add more policy stimulus,” said Rabobank strategist Jane Foley.

The yen was broadly steady against the dollar on Friday, while sterling edged down against both the dollar and euro with Brexit trade talks between the UK and European Union at a critical stage. 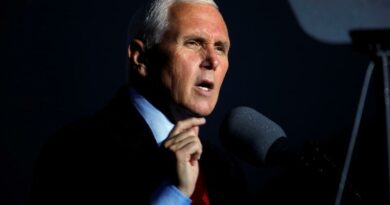 Pfizer Poised for Drop After 31% Rally Amid Covid Vaccine Push