Home » FACTBOX-Latest on the worldwide spread of the coronavirus

May 13 (Reuters) – China backed talks on an intellectual property waiver for COVID vaccines proposed by the United States, while Thailand granted emergency approval to Moderna’s vaccine and Muslims across the world celebrated Eid with masks and prayers.

* More than two thirds of Spain’s 47 million people will have been vaccinated by mid-August, its prime minister said.

* Russia’s consumer health watchdog denied a report that the country had recorded its first cases of the variant first found in India, which some preliminary studies show spreads easily.

* Restrictions left hundreds of pilgrims to Portugal’s Fatima shrine listening to Mass from the street during one of the country’s biggest religious celebrations.

* The Biden administration is releasing $7.4 billion to bolster the U.S. healthcare workforce to fight COVID-19 and prepare for future epidemics.

* Brazilian far-right President Jair Bolsonaro’s approval rating fell to a record low, according to a Datafolha poll, after he was widely criticized for his handling of the pandemic.

* Brazil will run out of materials to produce Sinovac Biotech’s vaccine by Friday, after a supply shipment was held up.

* Thailand granted emergency use approval for Moderna’s vaccine, as it reported a daily record in new cases after two jail clusters saw nearly 3,000 inmates infected – among them a leader of anti-government protests held while awaiting trial for insulting the king.

* India recorded more than 4,000 deaths for a second straight day on Thursday and extended the interval between doses of AstraZeneca vaccine amid dire shortages.

* Uttar Pradesh, India’s most populous state, will spend up to $1.36 billion on COVID-19 shots and held early talks this week with companies such as Pfizer and the local partner of Russia’s Sputnik V manufacturer.

* At least two Indian states said they plan to dose their populations with anti-parasitic drug ivermectin to protect against severe infections, against advice from the World Health Organization.

* A South African report into excess deaths over the past year suggests more than 133,000 people in the country have died from COVID-19, far more than the official tally.

* Egypt received a batch of more than 1.7 million doses of AstraZeneca vaccine through COVAX.

* Oman will end a nightly curfew on Saturday, but shops and commercial activities will be banned from 8 p.m. until 4 a.m.

* A second-generation vaccine developed by CureVac and GlaxoSmithKline, designed to protect against coronavirus variants, produced a high level of immune response in a trial in rats, the companies said.

* Vaccine developers are making ever bolder assertions that the world will need yearly booster shots, or new vaccines, to tackle variants, but some scientists question when, or whether, such shots will be needed.

* World stocks were spiralling towards their worst week of the year, as a bigger-than-expected rise in U.S. inflation worried bond markets.

* Oil prices fell as India’s coronavirus crisis deepened and a key U.S. pipeline resumed operations, halting a rally that had lifted crude to an eight-week high after the IEA and OPEC forecast a rebound in global demand.

* Taiwan proposed an extra $7.5 billion in spending to help counter the pandemic, amid a rare spike in domestic infections that has spooked the stock market. 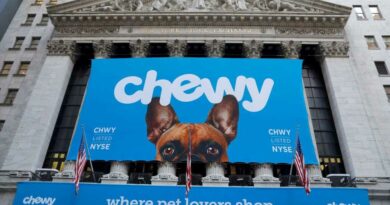