Home » Markets » Factbox-Latest on the worldwide spread of the coronavirus 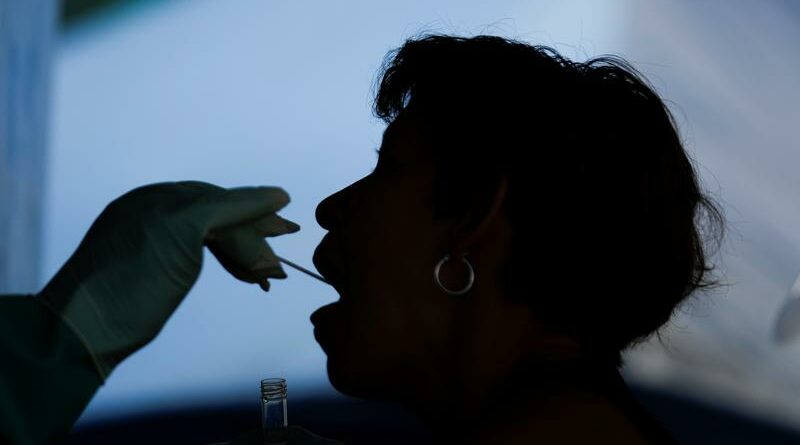 (Reuters) – Australia’s New South Wales state on Thursday warned that significant numbers of new COVID-19 cases were being found in the community, while Indonesia is set to launch emergency measures on Friday.

A woman is tested for the coronavirus disease (COVID-19), after the government set up testing booths at the Culture Square in Santa Tecla, El Salvador June 30, 2021. REUTERS/Jose Cabezas

* Finland’s capital Helsinki will begin giving vaccines to children aged 12 to 15 who are at risk of contracting a severe infection.

* Germany has caught up with the United States in terms of the proportion of the population having had one shot of vaccine. The country plans to spend 3.9 billion euros on 204 million vaccine doses for next year.

* France decided to delay the unwinding of restrictions in a southwestern region of the country.

* President Joko Widodo said on Thursday that Indonesia will bring in emergency measures running until July 20 aimed at containing an exponential spike in coronavirus cases that has strained the country’s medical system.

* Japan is considering an extension of two weeks to a month for coronavirus prevention measures in Tokyo and other areas, Japanese media said.

* Cambodia reported record daily rises in deaths and cases, reaching what its government called the “red line” in its biggest outbreak so far.

* COVID-19 cases may be declining in North America but in most of Latin America and the Caribbean the end to the pandemic “remains a distant future”, the Pan American Health Organization said.

* Guatemalan Health Minister Amelia Flores clarified she was not yet requesting a refund from Russia after delayed deliveries of the Sputnik V vaccine and that both countries were still negotiating.

* The United States is still weighing its travel restrictions for international visitors, but does not intend to ultimately require vaccinations for entry, the White House said.

* The Tunisian government extended the hours of night curfew, as the North Africa country reached a daily record of cases since the start of the pandemic last year.

* Indian drugmaker Zydus Cadila said on Thursday it has applied to the country’s drug regulator for emergency use approval of its COVID-19 vaccine, which showed a 66.6% efficacy against positive cases in an interim analysis.

* Asian stock markets made a subdued start to the second half of 2021 on Thursday, weighed by worries about new coronavirus infections and fresh lockdowns, while bond and currency markets were on edge ahead of U.S. labour data. [MKTS/GLOB]

* Asia’s factory activity saw momentum weaken in June as some countries struggled with rising input costs and the reintroduction of curbs to combat a new wave of coronavirus infections, surveys showed on Thursday.

* China’s factory activity expanded at a softer pace in June, as the resurgence of COVID-19 cases in the export province of Guangdong and supply chain woes drove output growth to the lowest in 15 months, a private survey showed on Thursday.

* Job vacancies in Australia hit record highs in the May quarter to 57% above pre-pandemic levels, while businesses in all sectors reported difficulties in finding workers in a rapidly growing economy. 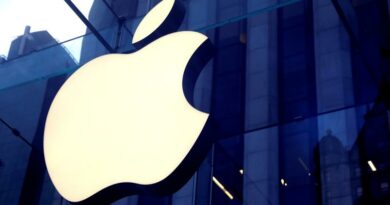 Here's what the new stimulus package means for Americans