Here is a summary of Nippon Life’s portfolio investment plans in the six months through March. Its total assets stood at 71.2 trillion yen ($678.7 billion) by the end of June.

The insurer plans to increase the holding of yen fixed income products, including Japanese government bonds and corporate bonds.

In April-September, the first half of fiscal 2020, the company increased its holdings by 2.34 trillion yen to 35.19 trillion yen, 51% of its total general account.

Nippon Life plans to reduce investment without currency hedge, though the firm says it plans to manage currency risk flexibly. During the first fiscal half, it sold some of such bonds, mainly in the euro, after the common currency rose following an agreement of EU Recovery fund.

The company plans to keep its currency-hedged foreign bond holdings steady in Oct-March. Within the FX-hedged space, the insurer plans to shift to corporate bonds from sovereign bonds as it expects gradual rise in foreign bond yields.

The insurer plans to increase foreign stocks, including alternative mutual funds, for diversification, while it will likely trim its domestic stock holdings.

Nippon Life plans to incorporate ESG (environmental, social and governance) perspectives on all its investment, beginning in April next year, the first such move by a major Japanese private institutional investor.

The company has made a total of 850 billion yen ESG investments and loans in the 3-1/2 years to September.

Nippon Life expects a “check-mark-shaped recovery” in the Japanese economy, estimating it will take two to three years to return to the pre-pandemic levels.

The insurer expects financial markets to go back and forth on uncertainties about the coronavirus infections, U.S. elections and Sino-U.S. tensions. ($1 = 104.90 yen)

China Says Liu He to Travel to U.S. for Trade Deal Signing 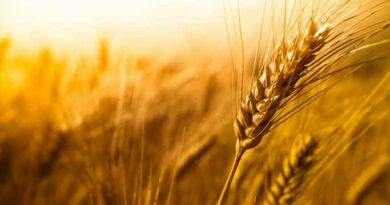