Home » Markets » ‘Not a crackdown’: Airbnb defends handing over data on hosts to ATO

Global accomodation giant Airbnb has defended its decision to hand over the data of 190,000 property owners and hosts to the Tax Office about the income they have received from the platform.

Airbnb this week sent a message to Airbnb hosts alerting them that it provided data to the ATO to assist in identifying taxpayers who have left out rental income and over-claimed deductions. 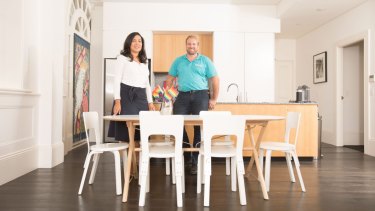 It comes as the ATO and federal government's black economy taskforce work to increase awareness of tax obligations among the 10.8 million Australians operating in the sharing economy.

Airbnb head of public policy for Australia and New Zealand Brent Thomas said the information was given to the ATO due to complexities in the tax system, and to make it easier for hosts to use the platform.

"Our challenging and difficult-to-navigate tax system can act as a barrier to ordinary Australians using their homes to supplement their income," he said. "Airbnb is committed to making it as easy as possible for our hosts to pay their taxes, along with making it easier for the ATO to do their job."

Quirin Schwaighofer, co-owner of Airbnb management startup MadeComfy which has around 2,000 Airbnb beds on its books, said he was not concerned by the provision of data to the ATO.

"I don't see it as a crackdown," he said. "Airbnb is doing everything it can to make sure everyone is aware of their obligations. They have been very clear that they are disclosing figures to the ATO."

A spokesperson for the ATO said the tax office launched its data-matching program to identify taxpayers receiving income from short term rentals in August last year.

"We understand that an online accommodation sharing platform has informed clients that use their service to rent out their properties about the data-matching program," the spokesperson said. "The program will see them provide the ATO with data including income received per listing as well as listing dates, enquiry and booking rates, prices charged or quoted per night and other information."

In January this year treasury released a consultation paper on implementing a sharing economy reporting scheme as part of its black economy taskforce.

Airbnb has made a submission to the taskforce and Mr Thomas said the current rules were written before the sharing economy existed so developing a light-touch, mandatory data sharing framework was critical for the sector.

"[Airbnb] remains supportive of implementing a data sharing framework that not only takes data privacy laws into account, but makes it easier and cheaper for Australians to pay their taxes across all sharing economy platforms," he said. "We shouldn’t be making it harder for people to supplement their incomes, combat cost of living and help generate jobs."

Historic Low Yields Back in Sight After Volatility Vanquished