Home » Markets » Ryan Jacob’s internet fund tripled in value over the last year and beat 99% of its peers over the past 3. He shared 5 stocks he’s betting on for their ‘very significant’ upside — and the 2 FAANMG firms he thinks will grow 20-30% per year. 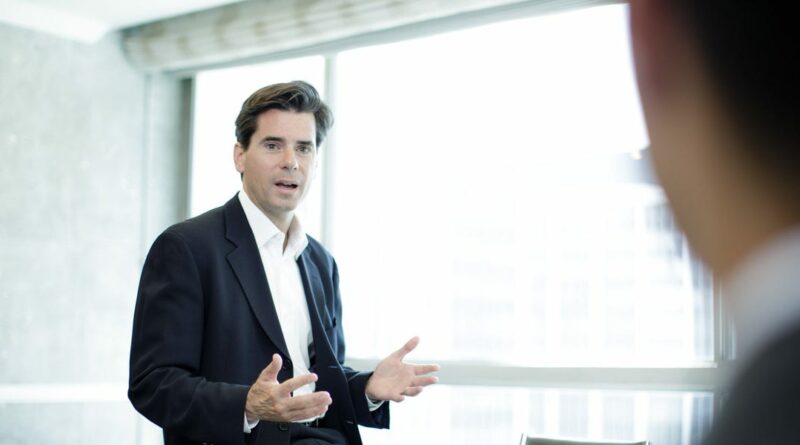 When you see the name of Ryan Jacob’s mutual fund — the Jacob Internet Fund (JAMFX) — and the fact that it’s up 201% over the last year, it might be easy to assume he got lucky.

It’s a simple explanation, your thinking might go — the fund is probably full of the mega-cap tech stocks that investors have piled into during the pandemic, as well as the big growth stocks that were stay-at-home beneficiaries.

But you’d mostly be wrong if you came to this conclusion.

“People assume that, ‘Well, he must own a lot of Peloton, a lot of Zoom, a lot of Tesla. There’s certain names that they kind of associate with the COVID period,” Jacob, the chairman and CIO of Jacob Asset Management, told Insider during a March 18 interview. “They look at our holdings, none of them are there. Netflix, Amazon, where are they? They’re not there.”

Jacob’s investing philosophy leads him to small- and mid-cap stocks, companies that are younger and less developed — an approach that has driven his recent success.

This is thanks in part, he said, to the rising interest rate environment that has persisted over the last half year as investors anticipate an economic recovery and rotate out of large-cap growth stocks and into smaller and more cyclical firms.

With the rise in rates is expected to continue, it should provide further tailwinds for Jacob’s fund.

That said, Jacob does like two FAANMG stocks despite them having what many characterize as overextended valuations. They are Google (GOOG) and Facebook (FB), because of their focus on future growth relative to the others.

“These are companies that are large, they’re generating lots of cash flow. In some cases — Google, they are buying back a little bit of stock. The multiples, in my opinion, they’re not that demanding. Do I think there will be some multiple compression? Maybe. But here’s the difference. Google and Facebook are going to grow 20-30% a year for a while. They are growing at significantly above market rates,” Jacob said.

He continued: “Apple, or some others… Microsoft, go down the list of some of these other large-cap tech. Less confident.”

But Google and Facebook are modest positions in Jacob’s fund. Again, by and large, Jacob has his eyes on smaller companies.

Given the favorable environment these types of stocks are likely to see going forward, we asked him which ones are among his favorites. He highlighted five that have “very significant” upside potential and that he believes should “well-exceed Wall Street estimates.”

They are listed below in alphabetical order with commentary from Jacob. 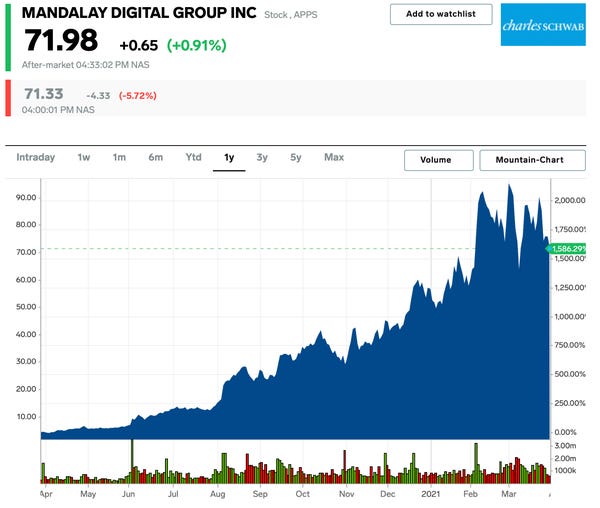 “A lot of the carriers are trying to monetize their user bases. They’re kind of tired of larger internet companies getting all the economics from their users,” he said.

“By kind of selling real estate on the devices and making money through app installs, which is a big business for a lot of major internet companies, [cell carriers] are able to capture some of that economics,” Jacob continued. “Digital Turbine provides that platform. They had early contracts with Verizon, AT&T and also with some major international carriers that are starting to come online in a big way for them.”

Jacob said he thinks the company is at a “tipping point,” and that they don’t have a direct competitor. 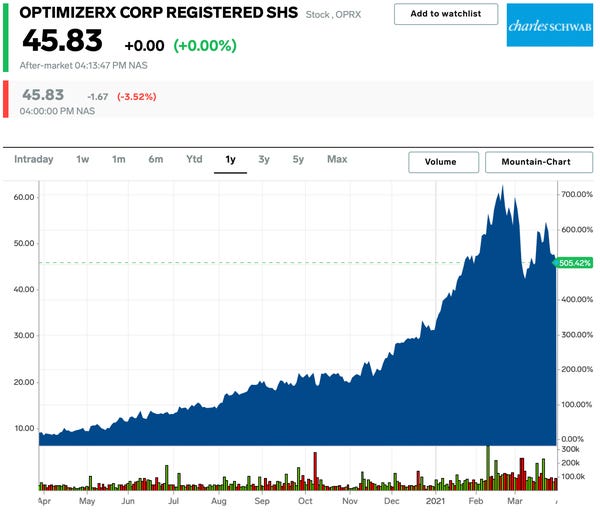 OptimizeRx offers prescription coupons to doctors for their patients, but has grown into a communication platform.

“It’s really turned into a whole messaging platform where they can monitor patient compliance, they want to make sure their patients are filling prescriptions — that’s actually a big issue,” Jacob said. “And doctors are very hesitant to prescribe medicines that they feel a patient won’t actually go out and buy and take the medicine because of price. So Optimize fills an important role there.”

He said tailwinds the firm has seen from the pandemic won’t dissipate going forward.

“This will be a case where the major drug companies are seeing such good performance from digital marketing that it’s not going to go away,” he said. “This is something that was somewhat experimental a few years ago that’s now been core to what they do, and Optimize has a platform that is kind of second-to-none right now in the comprehensive services they offer.” 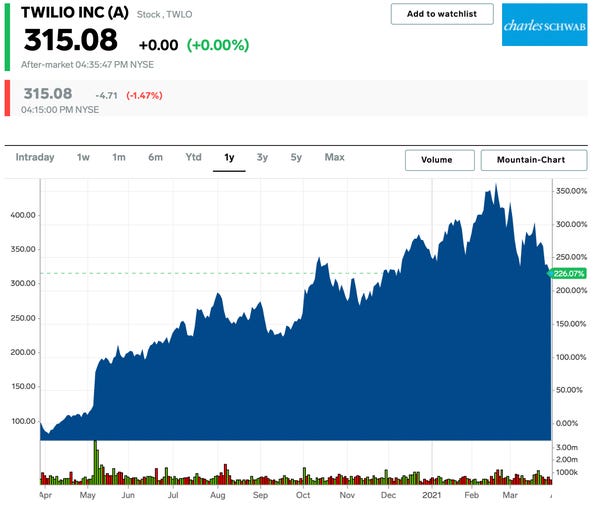 Twilio is a two-way messaging service for businesses to interact with customers. One of its first customers was Uber, Jacob said.

He said that the pandemic has forced businesses to turn to the service, and that Twilio is best positioned in the space.

“There’s competition, but what you’ll find is that their reliability is much higher than a lot of their competitors, and their scale and size is much larger,” Jacob said. “So even if it’s slightly more money than maybe some competitive-type services, they’re having no issues. People pay a little bit more for that reliability because they’re just not going to take a chance.”

Jacob added that Twilio’s move into the call center business and effort to modernize it increases its total addressable market. 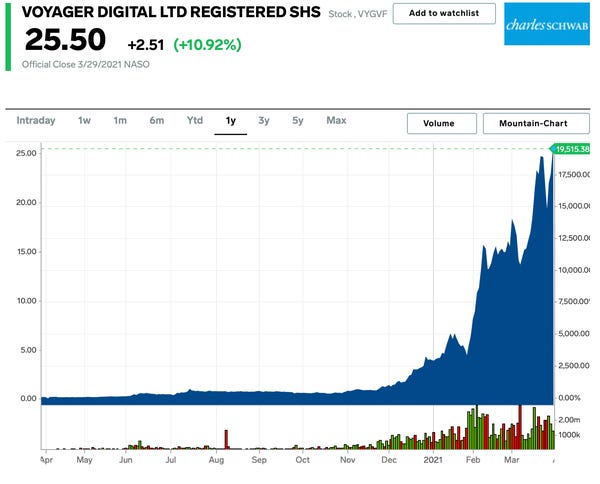 Voyager Digital is a cryptocurrency broker where users can buy and sell different digital currencies. It trades in Canada.

Jacob said the quality of its application was one thing that led him to invest in the firm. Another was its management team with former E*Trade executive Steve Ehrlich as its CEO and one of its co-founders being former Uber CTO Oscar Salazar.

“We saw the caliber of the management team and what they were building out, and it got us excited. They’ve done a phenomenal job,” Jacob said.

“Voyager’s more full-service in that You might have 20-30 different coins that you can transact in. It’s a top-notch team there, and they’re still a little bit below the radar, but I don’t think for a whole lot longer.” 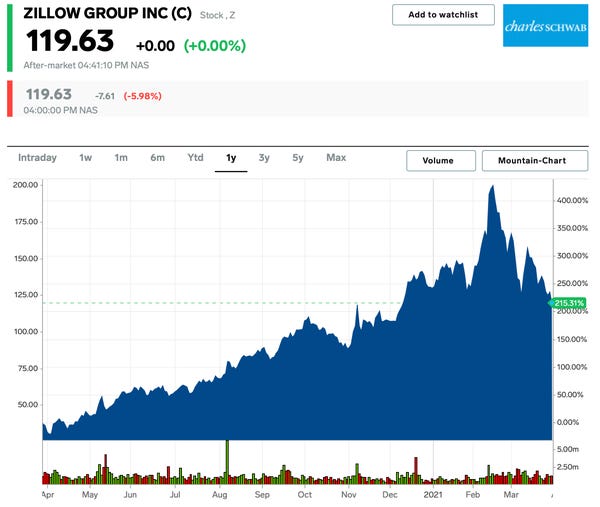 Zillow is a real estate website where users can browse for properties to buy and rent. Jacob said they’ve benefited from the low interest rates on mortgages, but some moves the firms has made has set them up well, too.

One is that they offer i-buying, or the ability for users to make a cash offer for a property online. They’ve moved to compete with Opendoor, which offers to buy houses quickly but on a discount to save time and hassle for sellers looking to unload properties.

Zillow’s large user base has given them an advantage in the space, Jacob said.

“They’ve done incredibly well with it,” he said. “Their margins have outpaced what they initially guided for in this business.”

Further, Jacob said that a cooling off in real estate — a red-hot market right now — could actually benefit Zillow because the current high demand lowers the need for i-buying as sellers can easily offload properties at high prices. 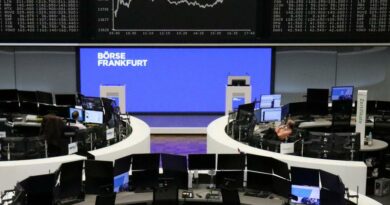