Where much has been given, much is required. With shares up over 30% year-to-date headed into its first-quarter report, expectations were running high for big data company Splunk (NASDAQ: SPLK). Even though results didn't disappoint, small imperfections sent shares into a double-digit retreat from their recent high-water mark.

Now's the time to listen to the cliche and buy the dip.

What happened in Q1

Splunk's software-specific revenue was up 54% year-over-year during the quarter to $265 million. Within that, the company's incredibly high-profit recurring license fees grew 46%. The company signed over 400 new customers to kick off its new fiscal year, and existing customers continue to spend more money with Splunk as time goes by.

Splunk's gross profits on services also increased year-over-year, with licensing (now near half of the tech outfit's total sales) notching a 97.2% margin. That's fueling the company's expansion into new areas like Internet of Things data management and orchestration for cybersecurity teams. It's clear that Splunk's data parsing service and a string of acquisitions it made last year are paying off, giving the new year a hot start — and continuing a huge 2018.

The cash burn is real

This may be an uncomfortable situation for some investors, but Splunk's cash burn is yielding big revenue upside. Of particular note is the surge in research and development costs. Big data software is still getting put to use in new ways across a variety of enterprises. Management cited a couple of new customers the company picked up, including an entertainment conglomerate (which needed help with operations management and security) and a bicycle manufacturer (which is using Splunk for racing analytics), not to mention a few government agencies that expanded their use of the Splunk software.

Thus the uptick in R&D looks like money well spent right now. Splunk is still very much a growth-now-profit-later concern. Adjusted earnings — which back out one-time expenses and stock-based compensation — increased, hitting positive territory during quarter one. Current cash on the balance sheet is also remaining stable at $1.84 billion at quarter end, with Splunk funding its aggressive expansion with stock instead.

But Splunk is nonetheless expensive thanks to all of the internal investment. Trailing 12-month price to earnings is currently at 80, so the highly variable changes in growth and spending are making share prices volatile. Just as in times past, though, Splunk is not disappointing on the top-line. And that makes the recent pullback look like another good buying opportunity for investors who are in for the long-haul and don't mind the ups-and-downs.

10 stocks we like better than SplunkWhen investing geniuses David and Tom Gardner have a stock tip, it can pay to listen. After all, the newsletter they have run for over a decade, Motley Fool Stock Advisor, has quadrupled the market.*

David and Tom just revealed what they believe are the ten best stocks for investors to buy right now… and Splunk wasn't one of them! That's right — they think these 10 stocks are even better buys. 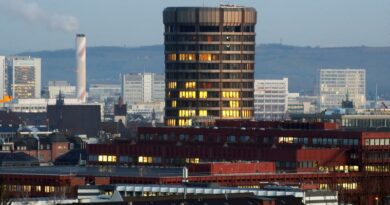 Arab-American says hotel evicted him because of ethnicity