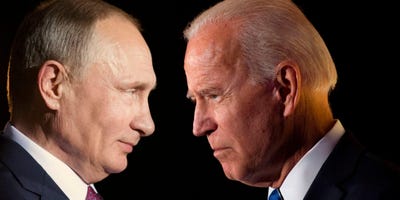 Good morning! Mark your calendars for April 28. House Speaker Nancy Pelosi has formally invited President Biden to give his joint address on that night. If this was forwarded to you, sign up here. I’m Brent Griffiths. Send tips to [email protected] or tweet me @BrentGriffiths.

Here’s what we’re talking about today:

The end of the war in Afghanistan: Later today, Biden is due to announce that he wants all US troops to withdraw from Afghanistan by September 11, the 20th anniversary of the terrorist attacks that started a war that is now older than some of those fighting it.

China is expected to be a focus later this week: Biden will host Japanese Prime Minister Yoshihide Suga at the White House, the first foreign leader to visit in person since the president was sworn in. Climate John Kerry will soon become the first high-level Biden official known to visit China as climate talks are held between the world’s two largest emitters.

2. US to pause the use of Johnson & Johnson vaccine: Citing concerns over rare blood clots, federal officials temporarily recommended a pause in the rollout of the single-shot COVID-19 vaccine. The White House said the decision wouldn’t affect the administration’s vaccination efforts, saying there are plenty of doses of other vaccines. The decision was made out of “an abundance of caution.”

GET YOUR QUESTIONS ANSWERED: Insider is hosting a live event Thursday to answer your questions about the vaccine news.

Fauci emphasized the tiny chances of clots forming: “This is a really rare event. If you look at what we know so far, there have been 6 out of the 6.85 million doses, which is less than one in a million,” Dr. Anthony Fauci, the nation’s top infectious-disease expert, told reporters.

3. More reaction to the Afghanistan withdrawal: Republicans had mixed reactions to the plan. Senate Minority Leader Mitch McConnell called it a “grave mistake.” But in a sign of how much politics about the war have shifted, Sens. Ted Cruz and Josh Hawley, who may run in 2024, largely supported the decision. Some Democrats are also concerned about an emboldened Taliban.

5. The top things for your calendar, all times Eastern:

6. A defense expert defended Chauvin’s treatment of George Floyd: Former Santa Rosa, California, police officer Barry Brodd called Chauvin’s actions “objectively reasonable.” His testimony, which kicked off the defense’s arguments, was completely different from the testimony of the prosecution’s law enforcement experts — including Minneapolis Police Department leadership. Brodd also called the crowd outside Cup Foods that pleaded with officers to check on Floyd a “threat,” repeating a previous point the defense has argued.

7. A Republican senator says a bipartisan infrastructure group wants to double Biden’s spending on roads and bridges: “Sen. Bill Cassidy, a Republican on the Senate Finance Committee, indicated another major infrastructure plan was being drafted by lawmakers searching for another option besides Biden’s $2.3 trillion proposal.” More on what could be in the counteroffer.

8. A scathing report faults Capitol Police leadership decisions before the deadly riot: Capitol Police officers were limited from using crowd-control techniques and tools like stun grenades before the deadly January 6 riot, a 104-page internal review concludes. The department inspector general’s report also says that the Capitol Police’s own intelligence unit warned that violence on January 6 might specifically target Congress itself. More on the bombshell findings.

9. An associate of Rep. Matt Gaetz has been reportedly working with federal investigators since last year: Joel Greenberg, a former local Florida official, told investigators that he and Gaetz gave cash or gifts to women in exchange for sex, The New York Times reports. The Florida congressman has repeatedly denied accusations he had sex with a minor or paid for sex. More on the latest development.

10. Aaron Rodgers is R-E-L-A-Xed and having fun on Jeopardy!: The Packers QB, who famously told fans to chill, is enjoying his guest-hosting stint on the show. Rodgers had some fun with contestants on Tuesday’s episode after no one could name his Packers as the answer to a question. Is he making a case to become the permanent host?

Today’s trivia question The Russell Senate Office Building has served as the backdrop for some of the most dramatic hearings in history from Teapot Dome and Watergate to the Army-McCarthy showdown. But hearings into a disaster inaugurated the room. What were they about? Email your guess and a suggested question to me at [email protected]