SINGAPORE – The PAP’s fourth-generation leaders have acquitted themselves well in leading the fight against Covid-19, and shown Singaporeans what they can do, Prime Minister Lee Hsien Loong said on Tuesday (June 30).

PM Lee, the PAP’s secretary-general, asked Singaporeans to support the party in the upcoming general election so that the 4G team would have a “good start to establish themselves and take Singapore the next step forward”.

Asked for his assessment of the 4G leadership’s handling of the pandemic at a virtual press conference following the nomination of candidates for the coming GE, PM Lee said it was a “serious fight”, and the 4G leaders had stepped up and kept Singapore safe.

“I would say that in handling Covid-19, the 4G leaders have done very well,” said PM Lee.

“They’ve been on the front line. They’ve been chairing the ministerial task force. They’ve been directing the whole of government response, the public communications, the presentation, the explanations, the mobilisation of our people to understand, to accept the very many intrusive and inconvenient measures which we have to take to keep ourselves safe from Covid-19.”

The pandemic was a baptism of fire for the 4G leadership, who helmed the country’s response. Some observers have noted that the opposition could find fault with their handling of the crisis and turn it into an election issue.

PM Lee said the coming GE would be an “important step” in the party’s renewal process.

He added that a good result for the PAP would be an endorsement for the 4G team, the party’s strategies and its renewal process.

PM Lee had previously stated his intention for his successor to take over in the next term of government, before he turns 70 in 2022.

But on Tuesday (June 30), he hinted that this coming election might not be his last, given the disruption caused by Covid-19.

This is the ninth election that PM Lee will be contesting since he was elected in 1984.

“I very much hope that Covid-19 will not disturb my plans, but Covid-19 is a very wily and dangerous virus, and we will have to see how things develop on that front,” he said.

Read the latest on the Covid-19 situation in Singapore and beyond on our dedicated site here.

Get The Straits Times app and receive breaking news alerts and more. Download from the Apple App Store or Google Play Store now. 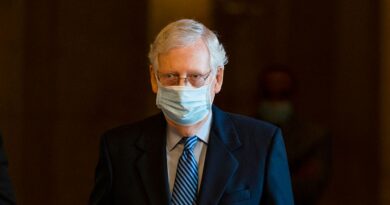