WikiLeaks founder Julian Assange complained he was being spied upon in court and can’t talk to his lawyers privately as he interrupted his London extradition trial for a second time.

His lawyer, Edward Fitzgerald, said if his client wasn’t given some degree of privacy, he will make an application for Assange to sit with his legal team. It’s an unusual step in U.K. courts where defendants usually sit, accompanied by police officers, on an enclosed platform called “the dock.”

“I can’t speak with my lawyers with any confidentiality,” Assange told the court Wednesday. “There is a whole series of unnamed embassy staff in the room and then there’s a microphone right here and two officers. I have enough difficulty concentrating as it is.”

Assange faces a maximum prison term of 175 years in the U.S. for charges that he conspired to obtain and disclose classified documents passed to him by former Army intelligence analyst Chelsea Manning. The U.S., which is seeking to take him from London to stand trial, says the leaks potentially harmed a raft of journalists, dissidents and human rights activists, who were often named as sources in the materials.

Judge Vanessa Baraitser tried to quiet the 48-year-old Assange, saying it was unusual for defendants to speak when not giving testimeny and that she couldn’t make an exception for him. On Monday, she had also asked Assange to communicate through his lawyers when he complained that his supporters were making too much noise outside the courthouse.

“I am as much a participant at these proceedings as a spectator at Wimbledon,” he said Wednesday. “There’s already been enough spying on my lawyers as it is.”

The request to leave the dock caused a dilemma for the judge, who said the unusual request might require granting Assange bail. Fitzgerald said he would consider making an application on Thursday.

“He is a gentle man of intellectual nature,” Fitzgerald said. “There’s no reason for him not to sit with us.”

U.S. prosecutors said they would oppose any release from custody, but took a neutral stance as to whether Assange can be freed from the dock, as long as he remains in handcuffs.

He’s been in London’s notorious Belmarsh prison since he was evicted in April from the Ecuadorian embassy where he had been given refuge for several years after skipping bail to avoid questioning in a Swedish sexual-assault case. That case was dropped in November after Swedish prosecutors said the allegations had been weakened as the memories of witnesses faded.

Assange is halfway through the first week of his extradition trial to the U.S. Another set of hearings is scheduled in May and a decision on Assange’s fate may not be issued until June. 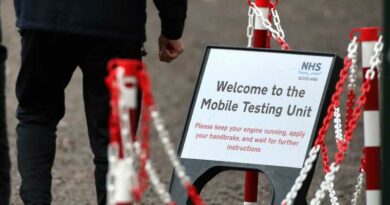 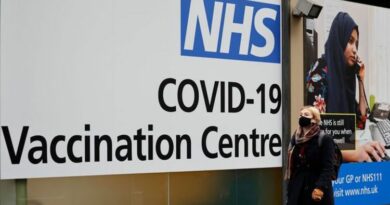