WASHINGTON — President-elect Joseph R. Biden Jr. moved on Monday to begin assuming responsibility for the surging coronavirus pandemic, naming a string of high-profile scientists — including a former surgeon general and a former Food and Drug Administration commissioner — to advise him on the pandemic and imploring Americans to wear masks.

“A mask is not a political statement, but it’s a good way to start pulling the country together,” Mr. Biden declared in a brief speech from his home city, Wilmington, Del., after meeting with members of his new coronavirus advisory board.

Mr. Biden’s moves were reminiscent of former President Barack Obama’s quick steps after his election in November 2008 to name an economics team as the nation spiraled further into financial crisis. The situation Mr. Biden will inherit will be even more dire: a deadly pandemic wrapped inside a devastating economic downturn, against the backdrop of a deeply divided nation and President Trump’s refusal to accept the election results.

Mr. Biden’s new advisory panel offered a not-so-subtle rebuke of Mr. Trump: Its members include Rick Bright, a vaccine expert who blew the whistle on the Trump administration this spring after he was abruptly removed from his job running a federal medical research agency.

“I am grateful for the opportunity to serve my country & rejoin the fight against COVID-19,” Dr. Bright wrote Monday on Twitter. “With the leadership of President-elect Biden & VP-elect Harris, & their trust in Science, I have no doubt we’ll be able to end the pandemic & save lives. And remember, #WearAMask!”

More than 238,000 Americans have died of Covid-19, and if current trends hold, the number of deaths could double by the time Mr. Biden takes office in January. On Sunday, the United States reached a grim milestone: 10 million Americans have now been infected. Mr. Biden himself has repeatedly warned of a “dark winter” — a phrase he invoked again on Monday, saying, “We’re still facing a very dark winter.”

Mr. Biden’s appearance in Wilmington underscored a difficult truth for the president-elect: While he has vowed to make fighting the pandemic his No. 1 priority as president, he can do little before he is inaugurated Jan. 20 other than use his bully pulpit.

“What he knows is there is almost 10 weeks between now and the inauguration, and those 10 weeks are absolutely critical for the health of this country,” said Kathleen Sebelius, who served as health secretary to Mr. Obama and has advised the Biden team.

Mr. Biden campaigned on a promise of an aggressive federal response to Covid-19 — in contrast with Mr. Trump’s leave-it-to-the states approach. His plan includes appointing a “national supply chain commander” and setting up a “pandemic response board” — ideas that draw heavily from President Franklin D. Roosevelt, whose big-government policies helped lift the nation out of the Great Depression.

“There’s a need for bold action to fight this pandemic,” Mr. Biden said on Monday. In making his case for wearing masks, he gave a nod to Roosevelt’s wartime stance, saying, “Throughout our history, the history of our nation, we have seen over and over again how small acts add up to enormous achievements.”

The 13 members of his task force include well-known figures with Washington experience, some of whom are familiar faces on television: Dr. Vivek H. Murthy, a former surgeon general; Dr. David A. Kessler, a former F.D.A. commissioner; Dr. Ezekiel J. Emanuel, a noted bioethicist and brother of former Mayor Rahm Emanuel of Chicago; and Dr. Atul Gawande, a best-selling author.

Mr. Biden reached across parties and across administrations. Dr. Luciana Borio, a vice president at In-Q-Tel, which invests in intelligence technology, was a member of Mr. Trump’s National Security Council until he disbanded the office charged with responding to pandemics and bioterrorism threats. Dr. Michael T. Osterholm, the director of the Center for Infectious Disease Research and Policy at the University of Minnesota, advised the George W. Bush administration after the 2001 anthrax attacks.

None of the task force members appeared with him on Monday, but Ms. Sebelius said Mr. Biden “is signaling that science is back.”

The panel will have three co-chairmen: Dr. Murthy and Dr. Kessler, who have been advising the Biden campaign since March, and Dr. Marcella Nunez-Smith, an associate professor at the Yale School of Medicine. All have activist bents. 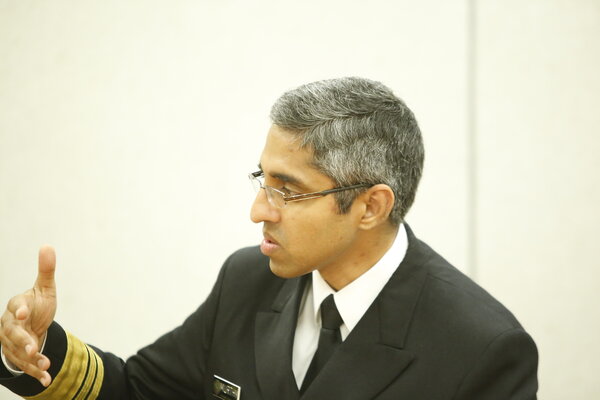 Dr. Murthy, a son of Indian immigrants who were also physicians, served as surgeon general under Mr. Obama, and briefly under Mr. Trump, who fired Dr. Murthy in April 2017 when he refused to step down.

The first surgeon general of Indian descent, he has for years made headlines for calling gun violence a public health threat; the National Rifle Association urged the Senate not to confirm him.

Dr. Kessler, who led the F.D.A. under Presidents George Bush and Bill Clinton, made his name in Washington in the 1990s fighting Big Tobacco.

A Harvard-educated pediatrician who also has a law degree from the University of Chicago, he led the F.D.A. in an unsuccessful push to regulate cigarettes, and steered the agency as it sped up drug approvals and enacted regulations requiring food manufacturers to use standardized nutrition labels and expose “stealth fat” in foods.

Dr. Nunez-Smith, who was raised in St. Thomas, one of the U.S. Virgin Islands, has devoted her career to ending racial disparities in health — a perspective that will inform her work on the coronavirus pandemic, which has disproportionately affected people of color.

“Covid-19 is about a virus, but also inequities in health that pre-existed the pandemic,” said Gregg Gonsalves, an assistant professor at the Yale School of Public Health. “Dr. Nunez-Smith has spent her life and career focused on those left behind, forgotten and hit hard” by the coronavirus.

Mr. Biden has also vowed to consult Dr. Anthony S. Fauci, the government’s top infectious disease expert. Dr. Fauci, who tries to stay out of politics, did not respond to a text message on Monday asking if Mr. Biden had reached out to him, and refused to answer a question about it during an interview with Wolf Blitzer of CNN. But he offered praise for the vice president’s advisers.

“They’re colleagues of mine, they’re people that I’ve been dealing with for years and years,” he said. “Of course they’re qualified.” 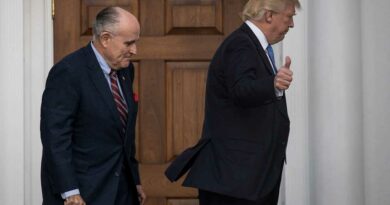