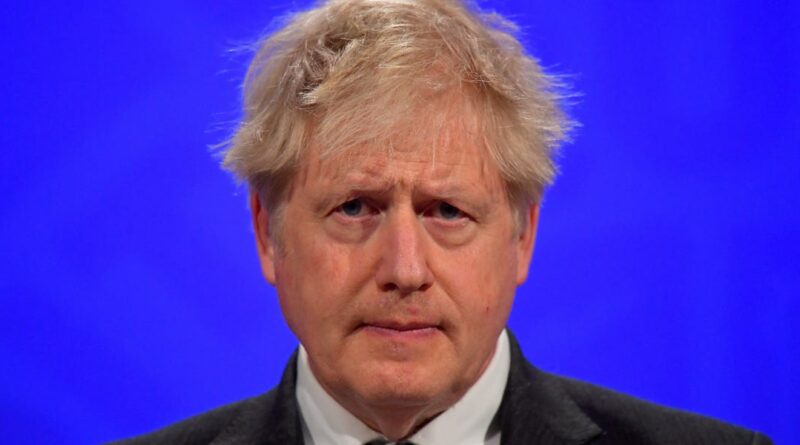 UK Prime Minister Boris Johnson allegedly said he would rather “let the bodies pile high in their thousands” rather than impose a fresh lockdown last year, as the coronavirus pandemic raged across Britain.

Sources told the Daily Mail that Johnson made the comments at a meeting in October when he eventually agreed to impose a second national lockdown.

However, his frustration at having to impose new measures reportedly led to him saying during the meeting at 10 Downing Street: “No more f*****g lockdowns — let the bodies pile high in their thousands!”

A spokesperson for the opposition Labour party described the reported comments as “truly shocking.”

“If this report is true, then these are truly shocking and sickening comments from Boris Johnson,” the spokesperson said.

“It is hard to imagine how families who have lost loved ones to COVID will feel reading them. Boris Johnson must make a public statement as soon as possible in his response to this report.”

A senior minister on Monday said the report was not true. “It’s not true – it’s been categorically denied by practically everyone,” Defence Secretary Ben Wallace told Sky News, per Reuters.

“We’re getting into the sort of comedy chapter now of these gossip stories – you know unnamed sources by unnamed advisers talking about unnamed events. You know – look – none of this is serious.”

The briefing follows an extraordinary row between Boris Johnson and his former chief adviser Dominic Cummings.

Cummings, who left Downing Street acrimoniously in December, published a blog post on Friday denying accusations from Downing Street that he was behind a recent leak of text messages shared between Johnson and billionaire James Dyson.

The prime minister had reportedly called journalists at three newspapers himself to accuse Cummings of being behind the leaks.

Cummings also denied being the so-called “chatty rat” who briefed journalists about the lockdown in October.

He said that a different adviser, Henry Newman was the main suspect of the leak, but Johnson had wanted to delay the inquiry because that adviser was a close friend of his fiancée, Carrie Symonds.

Newman has denied this.

Cummings also said that he had warned Johnson that his alleged plan to renovate his Downing Street flat using money from Conservative donors was “unethical, foolish, possibly illegal and almost certainly broke the rules on proper disclosure of political donations.”

Downing Street last week attempted to defuse the row over the flat’s refurbishment by saying Johnson would meet the cost himself.

A new generation of WH reporters holding power to account

Ex-Trump aide Roger Stone: I will plead not guilty to charges