Taunting his rival, the Foreign Secretary also claimed he would get Britain out of the EU before Mr Johnson because he is better at getting deals done.

But he hinted that Brexit might have to wait until 2020 if he is prime minister as he refused to set a limit on how long he was prepared to delay Britain’s exit.

Mr Hunt, appearing on BBC One’s Andrew Marr Show, made the dig at his leadership rival when asked if the UK will definitely leave the EU this year.

He said: “If we got to the end of October and we’ve got a deal and we’re trying to get it through Parliament but we need a few more parliamentary days, I’m not going to rip up that deal – Boris is.

“At the beginning of October if there is no prospect of a deal that can get through Parliament then I will leave at the end of October because that is our democratic promise to the British people.” 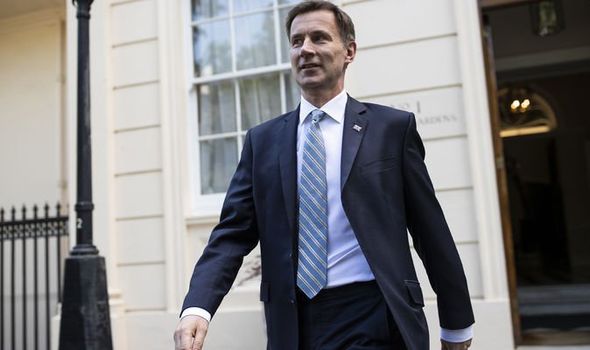 Pressed further on the date of the UK’s departure, Mr Hunt said: “I believe we’ll leave sooner with me than with Boris or anyone else because I am the person most likely to negotiate a deal – and that is the quickest way to leave.”

His flexible approach to a Brexit deadline is in stark contrast to Mr Johnson who has insisted that Britain will leave by October 31 “do or die”. Mr Johnson, the frontrunner to replace Theresa May, yesterday insisted the EU would be prepared to renegotiate, adding that leaders who refused to engage with the idea now “would say that at this particular stage”.

Speaking on Sky’s Sophy Ridge on Sunday show, he also repeated his assertion he was “not attracted” to proroguing Parliament to drive through a no-deal Brexit, but would not rule it out. Asked whether he was prepared to give his rival Mr Hunt a job in his cabinet should he win, he said the Foreign Secretary will “not be locked in a dog kennel”.

When asked if this was the best approach to Brexit as she arrived for her final European Council summit, Mrs May said the next prime minister should focus on getting a deal through Parliament.

She said: “I’ve always been very clear that I think the best approach for the UK is to first of all ensure we’re delivering on the vote that took place in 2016, leaving the EU, but that we do that with a good deal so we can do it in an orderly way.

“I still think we negotiated a good deal… It will be up to my successor to get that majority, deliver on the vote and take us forward.”

Mr Hunt, who is behind Mr Johnson in the polls, will attempt to claw back the deficit with a key speech today outlining how he would “turbocharge” preparations for a no-deal departure if talks fail.

He is expected to set out a 10-point plan to get Britain ready for no-deal in his strongest Brexit intervention to date, including a £6billion war chest to protect fishing and farming.

A no-deal Cabinet Task Force, with similar powers to Cobra, will ensure every Government department is ready to leave by October 31. 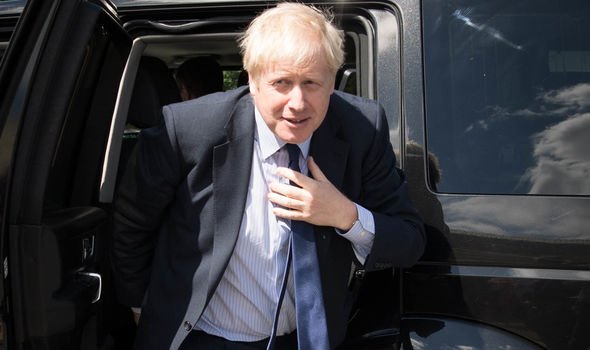 A National Logistics Committee will produce a plan to keep goods flowing in and out of the UK.

This will include an assessment of any emergency powers required to ensure ports and airports work in a co-ordinated way.

And the Treasury and Chancellor will start preparations on a no-deal Budget, which will include cutting corporation tax cut to 12.5 per cent and taking 90 per cent of high street businesses out of rates.

Mr Hunt will tell MPs that only by being on top of the detail will Brussels take a no-deal threat seriously. “I have made it clear that my preference is for us to leave with a new deal,” he will add.

OnPolitics: Sorry, this isn’t about the Nats winning