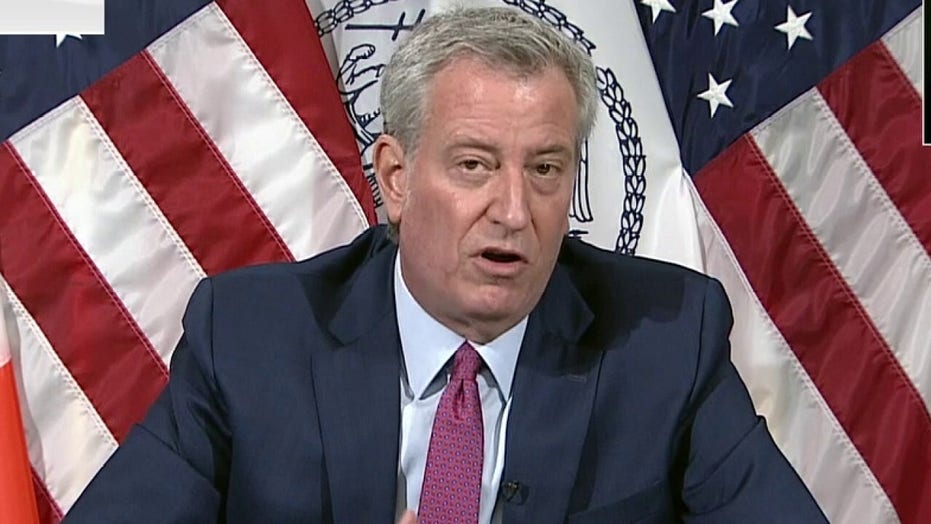 New York City Mayor Bill de Blasio announced Wednesday that travelers from the U.K. will receive a quarantine order as well as a  home visit from a sheriff’s deputy — as part of an aggressive effort to prevent that spread of a more infectious strain of the coronavirus.

The mayor said he was taking action in light of the mutated strain of the virus that has emerged in the U.K. and has caused a number of European countries to slap various travel restrictions on the country.

De Blasio announced that all travelers to New York City will receive a personalized Department of Health commissioner’s order to quarantine by mail.

"This will be a personal and direct order to every single one of them, telling them they must quarantine — and that will be given to all travelers beyond…anyone coming in just from the U.K.," he said.

However, travelers from the U.K. will also be receiving a knock on the door from law enforcement at their home or hotel to ensure they are locked down.

He said anyone found not to be quarantining would be fined $1,000 immediately and then $1,000 for every additional day they are not quarantining after that.

"We don’t want to, but if you don’t follow quarantine, you’re endangering everyone else in the city, right as we’re fighting the second wave," he said.

New York City has struggled to keep the virus under control despite continual restrictions that have seen restaurants never open for indoor dining at anything more than 25% capacity — and recently even that was ended amid a rising surge in cases and hospitalization.

De Blasio recently warned that the Big Apple was likely to see a new shutdown, possibly after Christmas, given the continued surge of the virus over the holidays.

"So I think, unfortunately, and I don't say it with anything but sorrow, but I do think it’s needed, we’re going to need to do some kind of shutdown in the weeks ahead, something that resembles the pause we were in in the spring," he said last week.

He announced Wednesday that the city saw 224 hospitalizations, above its 200 threshold, and has registered 2,789 new cases and a seven-day positivity rate of 6.19% – above the 5% desired threshold.

The new restrictions are the latest move by New York to stop the spread from the U.K.

On Monday, New York Gov. Andrew Cuomo announced that he asked three major airlines to add New York state to the list of 120 countries requiring passengers traveling from the U.K. to get a negative test result before boarding flights.

Virgin Atlantic, British Airways and Delta have all since agreed and will require a negative test before boarding flights to New York.

Moderate Voters Could Decide the Democratic Nominee. What Do They Want?