Home » Politics » Deroy Murdock: Pelosi's Trump impeachment express – Let entire House vote on whether US should go on this road 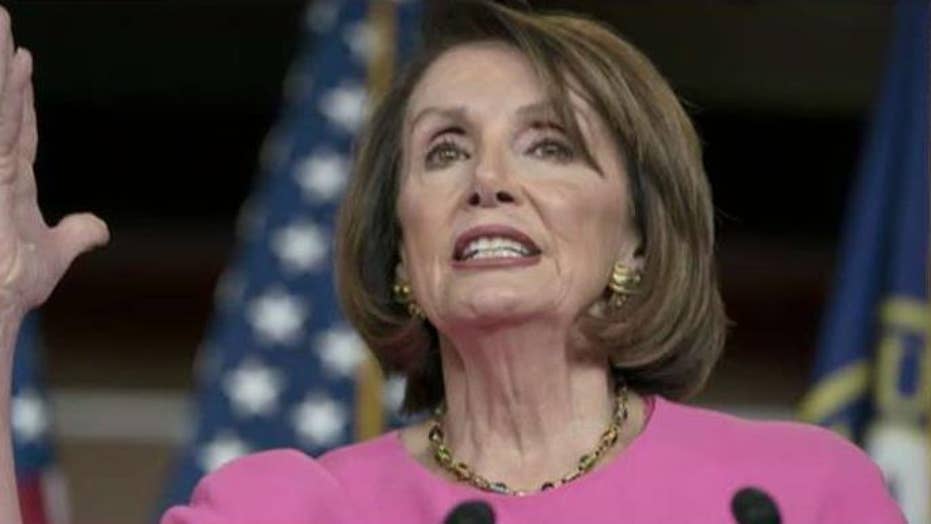 Pelosi holds off on impeachment vote

Dan Bongino wraps up a wild week in news with News Explosion on ‘Tucker Carlson Tonight.’

“This is deadly serious,” the House speaker said Tuesday, regarding impeachment proceedings against President Donald Trump. Too bad Pelosi is handling this solemn matter with staggering unseriousness.

As the Impeachment Express accelerates, the Democratically-controlled House is hell-bent on removing America’s duly elected president of the United States. This is among the gravest contingencies in this constitutional republic.

GABBARD DARES CLINTON TO RUN FOR PRESIDENT IN 2020, FIGHTS BACK AGAINST ASSERTIONS THAT SHE IS A RUSSIAN ASSET

On something so momentous, the House should operate once again on a bipartisan basis:

Pelosi, a San Francisco Democrat, hurled these precedents off the Golden Gate Bridge.

“There’s no requirement that we have a vote,” she declared Tuesday. “So, at this time, we will not be having a vote.”

After slamming Trump for ‘lynching’ tweet, Biden apologizes for using the term about Clinton impeachment

‘No Collusion, No Obstruction’ Report Shows What Seems To Be Plenty Of Both

From Crisis Comes Opportunity, But Don’t Expect The Crypto Markets To Change Too Dramatically
We and our partners use cookies on this site to improve our service, perform analytics, personalize advertising, measure advertising performance, and remember website preferences.Ok