Home » Politics » Don Brown: It's time for Trump to clean out corruption in the military justice system 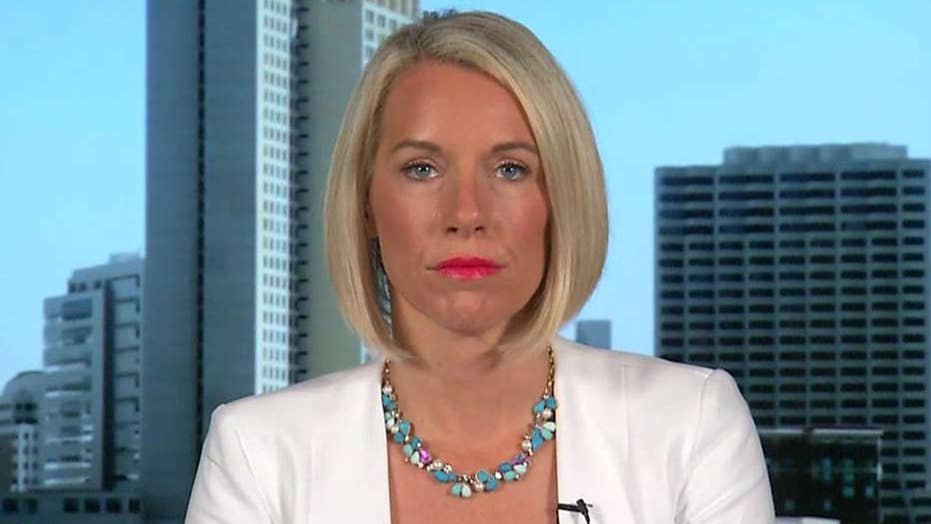 When I served as a Navy prosecutor in the early 1990s, the military justice system served America well. We stood alongside warfighting commanders to instill good order and discipline, with a goal of victory in combat.

If a Marine did not report for duty, we prosecuted him. If a sailor disobeyed a lawful order, a court-martial followed. If a Bo Bergdahl deserted the Army and conspired with the enemy while Americans died looking for him, we would prosecute the hell out of him and then throw away the key.

All of this supported a sharp, buffed-up, well-oiled military without extra fat, built to defeat the enemy.

How things have changed.

These days, corrupt military investigators and prosecutors follow a simple formula: prosecute a high-profile case, make national news, and then punch your ticket when you leave the Judge Advocate General's Corps.

The system should help commanders win America’s wars, not prosecute America’s warriors for snap-judgment actions on the battlefield.

This prosecutorial ambition is only part of the cancer. Outright corruption is a bigger problem.

This month in San Diego, Navy SEAL Eddie Gallagher’s defense team exposed tons of prosecutorial corruption, revealing that Navy prosecutors spied on defense lawyers. (Gallagher is on trial for the "murder" of an Islamic State terrorist.) They made a mockery of the Fourth Amendment. Defense attorney Tim Parlatore also exposed Navy criminal investigators in the process.

When hauled before the military judge to explain the alleged spying, three Naval Criminal Investigative Service (NCIS) agents retreated like cowards and refused to testify. Imagine that! criminal investigators sworn to uphold the Constitution decided to hide behind the Fifth Amendment to cover their own tracks.

Navy Captain Capt. Aaron Rugh, the military judge, chided the NCIS agents, saying the "lack of candor or cooperation in this process, I think, could be huge as a sign of culpability."

But the corruption displayed by Navy prosecutors in the Gallagher case is chump change compared to the Army’s hatchet job of First Lt. Clint Lorance, a paratrooper in the famed 82nd Airborne Division.

The Army court-martialed Lorance in 2013 for ordering his men to fire on a motorcycle bearing three insurgent riders, speeding towards his platoon in an Afghan war zone. Lorance never saw the motorcycle. But his spotter did, and requested permission to fire.

Knowing the Taliban killed Americans with bomb-laced motorcycles, Lorance made a snap-judgment decision to open fire. For that, the Army prosecuted.

But the foolish prosecutorial decision aside, there’s the larger problem here – corruption in the military justice system.

In the Lorance case, Army prosecutors hid evidence that the motorcycle riders were Taliban members. In other words, Lorance’s men shot the enemy that killed American troops. Like their Navy counterparts in the Gallagher case, corrupt Army prosecutors trashed the Constitution to support their narrative against Lorance.

When Lorance’s new defense team discovered biometric evidence that the dead motorcyclists were members of the Taliban, the Army doubled down on its corruption with the incredibly stupid argument that Lorance could not have known that they were Taliban.

What military jury would convict Lorance knowing that the motorcyclists who charged his platoon were American-killing Taliban?

They’d acquit Lorance in a lickety-split second. And Army prosecutors knew it.

Thanks to Army prosecutors, the jury never considered the question. They robbed Lorance of his most effective defense under the Sixth Amendment. As his lead counsel pointed out, the Constitution was missing at his court-martial.

First, the president should execute an order disallowing Lorance’s court-martial, vacating all convictions, and restoring Lorance to active duty with back pay for seven years of fraudulently-induced imprisonment.

Second, the president should order the dismissal of all charges against Gallagher, Lorance and Army Green Beret Major Matt Golsteyn. All three stand accused of killing the enemy.

Finally, Trump should appoint an independent advisory panel of former JAGs to come up with recommendations to root corruption out of the military justice system, and to restore the system to its original purpose. That system should help commanders win America’s wars, not prosecute America's warriors for snap-judgment actions on the battlefield.

Now is the time to act, Mr. President.