Home » Politics » Election Less Than a Month Away, Trump Leans on Barr and Pompeo for a Lift

WASHINGTON — President Trump forced the State Department on Friday to commit to releasing at least some of Hillary Clinton’s emails before next month’s election, resurrecting a four-year-old issue in hopes that it would prove as helpful to his political prospects as it was when he defeated her in 2016.

Trailing badly in the polls and eager to change the subject from the coronavirus, Mr. Trump succeeded in compelling Secretary of State Mike Pompeo to announce that he would make public the emails even as Attorney General William P. Barr resisted pressure from the president to prosecute Democrats like former Vice President Joseph R. Biden Jr., this year’s Democratic nominee.

Still recovering from his own coronavirus infection, Mr. Trump made plans to host hundreds of supporters on the South Lawn of the White House on Saturday for his first in-person event since he tested positive last week, according to three people familiar with the schedule. The rally that he had previously said he wanted to hold on Saturday in Florida will instead be held on Monday, his campaign announced, as the president insisted on getting back on the road despite his illness.

The burst of activity and machinations reflected a president grasping for a way to make up a double-digit polling deficit against Mr. Biden with 25 days left before the election on Nov. 3. Mr. Biden’s lead has remained stable for months and, if anything, expanded in recent days, despite every effort by the president to shift the momentum of the race.

He lost one of the few obvious opportunities to transform the dynamics of the campaign on Friday when the Commission on Presidential Debates formally canceled Thursday’s second showdown between Mr. Trump and Mr. Biden after the president refused to participate remotely.

Battered by an October surprise that Mr. Trump did not anticipate — his hospitalization from a virus that he had played down even as it has killed 213,000 people in the United States — the president appeared intent on Friday on creating an October surprise more to his liking, in this case tarring Democrats by using the instruments of government power at his disposal.

He publicly badgered Mr. Barr this week to indict Democrats connected to the original investigation into Russian interference in the 2016 election and any ties to Mr. Trump’s campaign, naming specifically Mr. Biden and former President Barack Obama. But Mr. Barr has told Republicans and others that he planned no major moves in his re-examination of the Russia investigation before Election Day.

Three government officials briefed on the investigation said that they had been told that it was unlikely that John H. Durham, the prosecutor tapped by Mr. Barr to lead the inquiry, would produce indictments or any other developments that could affect the trajectory of the election before Nov. 3.

“If that’s the case, I’m very disappointed,” Mr. Trump said on Friday during a two-hour phone conversation with the radio host Rush Limbaugh. “I think it’s a terrible thing, and I’ll say it to his face.”

The president has been consumed for months with the hope that the Durham investigation would provide him evidence that the Russia inquiry was an effort to smear him. He has told advisers he hoped for indictments of top former Obama administration national security officials or even Mr. Obama or Mr. Biden themselves. Short of that, he hoped for a report with the imprimatur of the Justice Department detailing their actions in 2016, according to people briefed on the conversations. 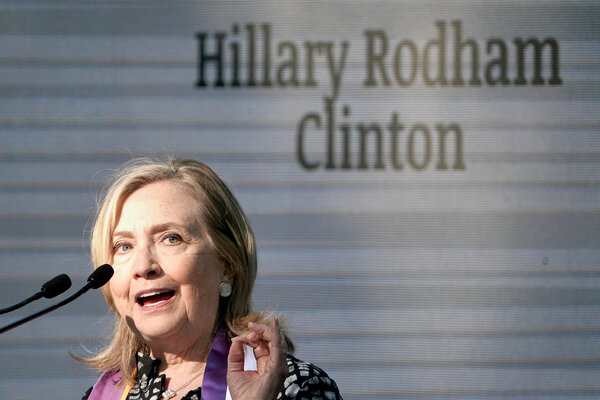 Beyond his public comments, the president has also conveyed to Mr. Barr, directly and through surrogates, that he wanted “scalps,” according to two government officials familiar with the conversations.

The Justice Department declined to comment on the president’s remarks.

While Mr. Barr defied the president’s desire for pre-election action, Mr. Pompeo bowed to Mr. Trump’s wishes a day after he publicly chastised the secretary of state for not cooperating. Mr. Pompeo told Fox News that he would release at least some of Mrs. Clinton’s emails from when she was secretary of state and using a private server.

“We’ve got the emails,” Mr. Pompeo said. “We’re getting them out. We’re going to get all this information out so the American people can see it.”

He made no effort to suggest that releasing them was unconnected to the political campaign. “We’re doing it as fast as we can,” he added. “I certainly think there’ll be more to see before the election.”

Neither Mr. Trump nor Mr. Pompeo explained why they would release the emails now, in the final weeks of a hotly contested presidential campaign, given that they could have done so at any point in the past four years. Nor did they explain why they would seek to prove that Mrs. Clinton was too casual with emails containing classified information by releasing emails containing classified information.

But Mr. Pompeo said he did not expect Mr. Trump to declassify any documents that might include sensitive information that would be damaging to American interests once it is made public. “We’ll get the information out that needs to get out,” Mr. Pompeo said. “We’ll do it in a way that protects the intelligence sources that we need to protect.”

While Mr. Pompeo made a name for himself as a Republican congressman from Kansas excoriating Mrs. Clinton over the email issue, the State Department under his leadership concluded just last year that while she had risked compromising classified information, she did not systematically or deliberately mishandle it.

The F.B.I. declined to recommend charges against Mrs. Clinton in 2016 but made its decision public, contributing to the political liability for her. It ultimately cost her in the final days of the campaign when the investigation was briefly reopened after the discovery of emails on the laptop of an aide’s estranged husband and then quickly closed again when no further evidence of wrongdoing was found.

Despite defeating Mrs. Clinton four years ago, Mr. Trump and his conservative allies have continued to obsess about her emails. Leading the charge has been the conservative group Judicial Watch, which has sued repeatedly to force the State Department to hand over emails from Mrs. Clinton’s server, including ones she exchanged with Mr. Obama.

Although Mr. Trump heads the executive branch and has long said he wants the emails disclosed, the government has refused to hand over the emails to Judicial Watch, arguing that they contain classified or privileged materials. This has angered many of Mr. Trump’s allies, particularly commentators on Fox News.

The head of Judicial Watch, Tom Fitton, has lobbied Mr. Trump directly in the Oval Office to push the State Department to disclose more of Mrs. Clinton’s emails in a timely fashion.

Mr. Pompeo has been among the most outwardly loyal of the president’s top advisers. He has openly campaigned for Mr. Trump, including during an official diplomatic visit to Jerusalem, from where he addressed the Republican National Convention.

Critics said Mr. Trump had always made clear that he thinks that the Justice Department was supposed to serve his political needs.

“Attorney General Barr has, at times, presented himself as a willing participant to that politicization,” said Carrie Cordero, the general counsel at the Center for a New American Security and a former national security lawyer at the Justice Department. “He got to this place because the president expects his subordinates to bend completely to his desires.”

Hyperconscious of news reports that his health was not as good as his aides had said earlier in the week and eager to get back to campaigning, Mr. Trump has been eating a steady media diet of comfort food in recent days, making the most of soft interviews with some of his most supportive media personalities. The interviews have also served as a way for the president to capture the attention of supporters while he was otherwise sidelined.

After two telephone interviews with Fox networks on Thursday, he appeared on Friday for two hours on the radio show hosted by Mr. Limbaugh, a conservative whom Mr. Trump presented with the Presidential Medal of Freedom this year.

The event was billed as a virtual rally, replete with Mr. Trump’s typical walkout song, “God Bless the U.S.A.,” and Mr. Limbaugh tried to create the kind of adulation that the rallies give the president.

Mr. Trump conceded that he was not in “great shape” when he fell ill with the coronavirus. Then he said something that contradicted an earlier claim that he thought he would have gotten better even without medicine: After he was treated, including with an experimental antibody cocktail produced by Regeneron, “I recovered immediately, almost immediately,” Mr. Trump said, adding, “I might not have recovered at all from Covid” without the drugs.

He acknowledged “lingering” effects of the virus impacting his voice, although he held steady for the two hours — even being cut off by Mr. Limbaugh at the end as the president continued talking.

The White House was planning to placate Mr. Trump’s desire for an in-person event as soon as possible by spinning off one already being held elsewhere on Saturday in Washington by Candace Owens, a Black supporter of the president who has urged Black voters to leave the Democratic Party.

Mr. Trump is to greet the supporters from one of the White House balconies, far from his audience, people close to the planning said. All attendees were to be required to wear masks on the complex as well as submit to a temperature check and fill out a questionnaire.

But several Trump aides privately expressed concern about the message that the event will send and what Mr. Trump might end up saying to the crowd.

In a meeting after the Republican National Convention, where the president staged his acceptance speech on the South Lawn in front of supporters — many of whom had not been tested — the president joked about the agitation he had caused among his critics about how he may have violated the Hatch Act, which prohibits federal employees from engaging in political activities while on the job, by using the White House grounds for political purposes. He said he thought he would do it more.

He pitched the idea of staging events and concerts on the South Lawn every week up through Election Day. He appeared to be half-kidding, but half-intrigued by the idea, aides said.

President Trump, down by double digits in national polls, is attacking his enemies and even his aides. Joe Biden heads to Nevada today. Read live updates.

Bitcoin Shows Newfound Strength, Back Above $13,000K
We and our partners use cookies on this site to improve our service, perform analytics, personalize advertising, measure advertising performance, and remember website preferences.Ok