Boris Johnson has promised to look into concerns over charging overseas nurses working in the NHS for using its services.

The prime minister was responding following renewed condemnation of the “immoral and heartless” levy by the Royal College of Nurses,which has demanded its abolition.

The criticism of the so-called immigration health surcharge (IHS), which costs up to £400 a year, came as Mr Johnson unveiled Tory plans for a fast-track NHS visa, to “concertina” the time it takes for overseas doctors and nurses to get a permit.

The Tory leader acknowledged it came in response to concerns within the health service that it will struggle to attract the staff it needs after Brexit.

Under the scheme, the medics would be able to pay back the cost of the IHS through their salary if the charge was not already covered by the NHS trust offering the job.

Dame Donna Kinnair, chief executive and general secretary of the Royal College of Nursing, said: “It is of deep regret that the prime minister is preserving the immoral and heartless charge for overseas nurses to use the same services they keep running. It should be abolished, not spread out every month.”

Pressed over this on the election campaign trail, Mr Johnson said: “I will look into the matter that the Royal College of Nursing raises.”

The streamlined NHS visa proposed by the Tories will form part of the party’s planned points-based immigration system to be introduced after Britain has left the EU.

Under the scheme, the cost of a visa for health professionals would be halved from £928 to £464, while applicants would be guaranteed a decision within two weeks. 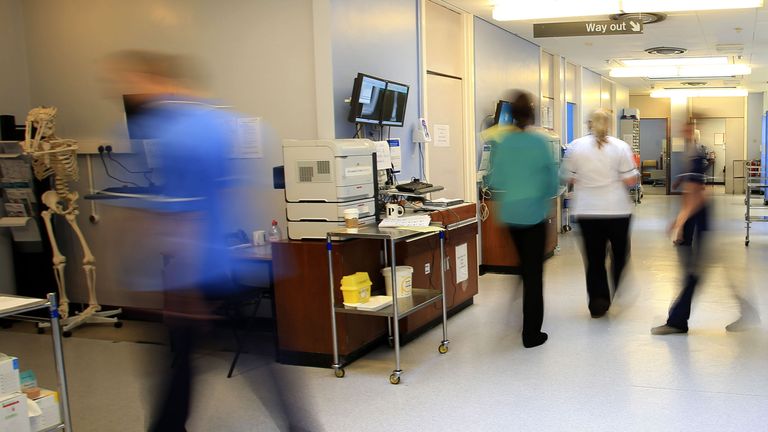 Applicants coming to work in the NHS would get preferential treatment under the points-based system and there would be no cap on numbers.

The Tories have already announced a fast-track visa route to attract specialists in science, engineering and technology.

Mr Johnson said: “What we’re trying to do now is address a particular concern which is that nurses from overseas, talented people who need to get in, we need to concertina the time they spend getting their visas and make it easier.”

He added: “Nursing is at the core of the success of the NHS and we are investing in it.”

Dame Donna said: “Failure to train enough nurses is leaving NHS and social care short-staffed and forced us to recruit overseas in the short-term.”

She added: “There are tens of thousands of unfilled nursing jobs and we need more ambitious plans than this to address it.”

Labour shadow home secretary Diane Abbott said the Tories were “tying themselves in knots” over immigration.

She said: “They use dog whistle anti-migrant rhetoric but are forced to accept we need migrant workers for key sectors, not just the NHS, but many more besides.”

“It is an insult to the thousands of people who dedicate their lives coming to work for our health service from the EU.”

The Brexit Election: For the fastest results service and in-depth analysis watch Sky News live from 9pm on Thursday 12 December, with a [email protected] election special on Friday 13 December

Carrie Symonds baby due date: When is Boris Johnson and Carrie’s baby due?