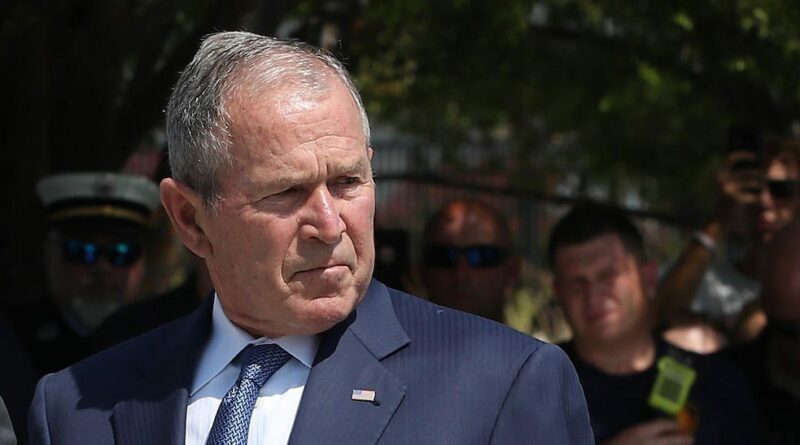 Former President George W. Bush said that the Capitol riot left him “sick to my stomach” and branded the followers of President Donald Trump who stormed the building “hostile forces.”

In an interview with the Texas Tribune’s Evan Smith, Bush described how watching the January 6 attack “really disturbed” him, both then and now.

“I was sick to my stomach … to see our nation’s Capitol being stormed by hostile forces,” he said.

“And it really disturbed me to the point where I did put out a statement, and I’m still disturbed when I think about it. It undermines rule of law, the ability to express yourself in peaceful ways in a public square. This was an expression that was not peaceful.”

Bush has kept a relatively low political profile since leaving office, becoming known for taking up painting. But following the attack on the Capitol, he issued a statement saying he was “appalled” by the behavior of some political leaders — an apparent reference to Trump — and compared the rioters’ tactics to those of a “banana republic.”

He also joined other former living presidents to promote the COVID-19 vaccine in a TV ad earlier this month, which notably excluded Trump.

In his Texas Tribune interview, portions of which were later aired by CNN, he gave a blunt “no” to the question of whether he thought the election was stolen from Trump. 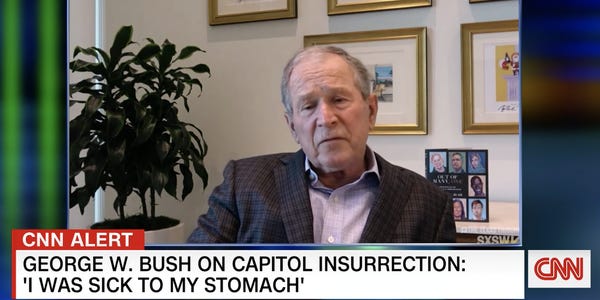 Following the election, Trump and many Republicans perpetuated a false claim of widespread election fraud that, despite being knocked back in the courts, angered the former president’s followers.

Bush placed blame on the rapid spread of information over the internet, according to the Texas Tribune. He said that that country’s checks and balances and court system “worked fine” to avert the threat.

Bush said he was “optimistic” about democracy. He said that the current “anger in the system” will “eventually work its way out.”

“The history of the United States has shown these populist movements begin to fritter over time.”