Home » Politics » Grover Norquist is making a return to GOP politics. The Reagan-era acolyte is suddenly relevant again after Trump and now that Democrats are spending lots of moolah. 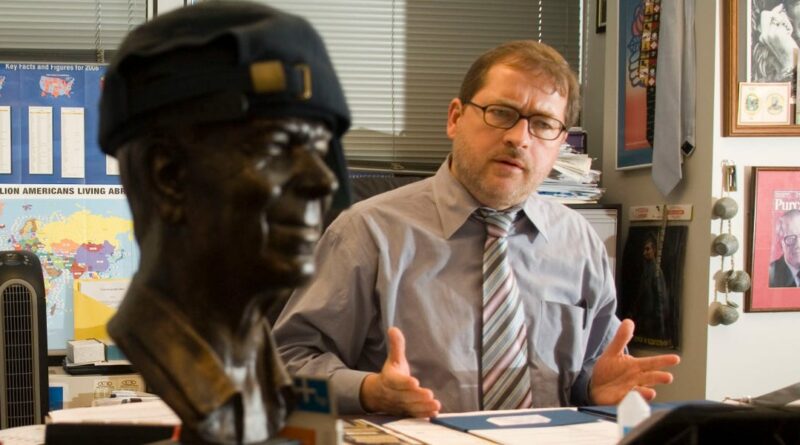 He’ll still eviscerate you for even thinking about raising taxes.

But might Grover Norquist’s next act involve orchestrating wins on divisive issues like immigration and criminal justice reform without giving an inch on President Joe Biden’s spending agenda?

The timing is right, admirers told Insider, for the “Leave Us Alone” coalition-builder to showcase his problem-solving skills.

Democrats are calling the shots on both sides of Pennsylvania Avenue. The White House is floating tax hikes to finance government-funded projects ranging from improving battered roads to expanding broadband internet coverage for underserved communities. And some Republicans are trying to chart a different course after following former President Donald Trump’s self-serving lead.

Cue the 64-year-old Reagan acolyte who’s relished being a thorn in Democrats’ side since the late 1980s. Though some may be surprised to learn he’s evolved since then.

“He’s not a one-trick pony,” GOP strategist Liz Mair, who has worked for the Republican National Committee and several GOP lawmakers, told Insider.

Norquist may not brag about working across the aisle, she said, “but he’s effective at it.”

Bipartisanship isn’t the first thing that comes to mind when discussing Norquist; that’d probably be his decades-old declaration about wanting to shrink the federal government “to the size where I can drag it into a bathroom and drown it in the bathtub.” But it’s not entirely alien to him.

Earlier this year he praised Department of Justice nominee Vanita Gupta in a letter to the Senate Judiciary Committee, hailing the Biden pick as an “honest broker” he’d come to respect while collaborating on issues like prison sentencing reform.

A Norquist endorsement could help Gupta, who faces opposition from Senate Republicans who’ve sought to paint her positions on law enforcement as too extreme.

On the other hand, he’s also already castigating Biden’s plan to increase the corporate tax rate, tweeting that by his calculation, the president’s plan would lead to a rate “Higher than anything in Europe or Asia.”

Democrats’ inability to “get past this impulse to run other people’s lives,” Norquist told Insider, is why his 36-year-old mission may never end.

“The modern conservative party hasn’t changed much,” he added. “We just want to be left alone.”

But seeking Norquist’s blessing on policies, tax-related or otherwise, seems like folly to critics who argue his time has passed.

“As long as Biden continues to help the working middle class and aim his tax increases at the super-rich, Norquist’s old message won’t resonate,” Robert Reich, an economist who led the Labor Department during the Clinton administration, told Insider.

Norquist founded his non-profit organization, Americans for Tax Reform, in 1985.

He has faded from view here and there, disappearing from the Sunday news shows circuit once a major tax bill ran its course. Piquing interest by turning up at Burning Man. Or drawing heat, as he did last year when financial records revealed he’d taken a six-figure PPP loan designed to help small businesses soldier through the pandemic.

To this day, ATR’s defining features are an ironclad Taxpayer Protection Pledge that bars signatories from ever supporting tax increases of any kind, and weekly meetings, launched during the Clinton era, where conservatives worried about selective issues such as school choice, gun control, and estate taxes, attempt to rally others to their cause.

More than 80% of Republicans in the 117th Congress are currently bound by the pledge. An ATR spokesman confirmed that 44 of the 50 Senate GOP lawmakers and 178 of the 211 sitting House Republicans have taken the pledge. And so have 13 incumbent GOP governors.

“It’s a remarkable statement, implying that no economic problem or situation ever merits higher income tax rates, and no public policy goal other than cut­ting tax rates merits cuts in deductions,” Gale wrote.

“The bottom line is that a fiscal solution would be easier to reach if political leaders simply pledged not to make any more pledges regarding fiscal policy,” Gale wrote.

Government data shows that federal spending is six times higher today than when Norquist started his crusade to contain the government, mushrooming from $950 billion in 1985 to $6.55 trillion in 2020.

Norquist has watched tax rates for individuals, businesses, and investors seesaw during that same period. He’s also found some silver linings by extrapolating on progressives’ playbook.

Mark Iwry, a senior fellow at the Brookings Institution who was a top Treasury advisor on retirement policy during the Obama administration, recalled sparring with Norquist about tax issues years ago on Capitol Hill.

Iwry said he shared some thoughts about bolstering retirement savings by extending tax-free investment accounts like 401(k)s to lower-income workers only to discover that Norquist was in total agreement.

Norquist’s take, Iwry recalled, was that giving more working-class voters a stake in the stock market would make them less reliant on the federal government and invariably lead them right into his waiting arms.

“They’re part of your base right now, but they’ll become my base,” Iwry said of Norquist’s political calculation. “And I remember thinking, ‘That’s pretty damn perceptive.'”

While he was struck by the “checkmate kind of comment,” Iwry said he told Norquist potential defections were no reason to abandon the advancement of what he believed to be a greater good.

“‘You may be right about that’,” Iwry said he fired back. “‘But it doesn’t matter. This is the right thing to do.'”

“There’s certain things we can compromise on,” Norquist said.

Some of the priorities on his swirling to-do list include criminal justice reform, forfeiture of civil assets, and fostering adoption opportunities.

Norquist told Insider his preferred bundle would address, completing the wall on the southern border; allowing undocumented farmworkers to keep their jobs via some sort of guest worker program; providing citizenship to the 11 million “Dreamers” who’ve grown up stateside; and, increasing the availability of H1B visas for high-tech workers.

“I’m not sure anyone is offering that,” he said of the prescribed mix of policy changes.

Rep. Maria Salazar, a Republican of Florida recently crossed party lines to support a Democratic immigration reform bill to show that some degree of compromise is possible. She told Insider that Republicans learned a hard lesson from the 1986 immigration deal, a Reagan-led effort Salazar said granted amnesty to 3 million immigrants but failed to follow through on promised deterrents and enforcement actions.

Read more: The MAGA messaging on immigration is scaring the hell out of some conservatives as millions of newly naturalized citizens will soon be joining the American electorate

She added that Norquist is pro-immigration, not because it’s contrarian, weird or unexpected, but because it’s the “correct position” for a free market-loving, limited government-seeking conservative to take.

‘Focus on the failures’

“Don’t have your fingerprints on the murder weapons,” Norquist advised GOP leaders as Biden hunts for revenue raisers to fund his policy goals. “Republicans need to stay away from truly destructive things.”

Norquist said he’s already put out the word that Biden’s proposed corporate tax increases would torpedo everyone’s 401(k)s, alerting ATR members that their stock-heavy retirement accounts will take a hit if companies pull back to stave off higher tax bills.

So long as Republicans refuse to participate, hanging any negative repercussions on Democrats is a no-brainer.

“Focus on the failures. And remain against it,” Norquist said of his near-term goals.

“One can get nostalgic for the days when those were the debates we were having rather than the kinds of strife that we’ve seen recently,” Iwry said of the hate-filled, race-baiting that’s dominated political discourse lately.

“We didn’t know polarization till we got to the recent times, it turns out.”

Dragging the GOP back to its ideological roots

Reclaiming the majority won’t be easy for the GOP, Mair said. But if anyone can drag Republicans back to their ideological roots, it’s Norquist.

She likened the party’s current existential crisis to the despair conservatives felt when Barack Obama took office in 2009 — which in turn led to the rise of the norm-smashing Tea Party.

Mair, who founded the anti-Trump Make America Awesome PAC, is hopeful conservatives will again reclaim their mojo “as the GOP moves into a position of opposing Biden” and away from being “the party of Trump.”

Norquist, she said, has already done plenty to contribute to the GOP’s sorely needed realignment.

“It would be nice if his admonitions that we cannot spend money like drunken sailors had been greeted more favorably by more Republicans over the past few years, but that’s not really on him or ATR,” Mair added.

Reich said hearing conservatives cry about fiscal discipline is ironic considering they were silent about deficits, the federal debt, and inflation throughout Trump’s budget-busting presidency.

Whatever critiques the GOP might have of Biden’s attempts to combat the country’s virus-related financial problems, Reich added, are probably politically motivated.

“The nation is operating so far below its productive capacity that government has to be the spender of last resort right now. And inflation isn’t — and shouldn’t be — an issue,” Reich told Insider.

Of course, poking around where he’s not wanted is kind of Norquist’s specialty.

“Grover tends to insert himself very well into these situations,” Mair said. 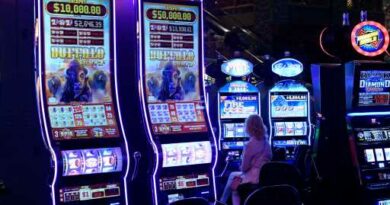