Speaking to Sky News, the Tory MP blasted Emmanuel Macron as she urged people not to travel to Kent until the port of Dover is cleared and stranded lorry drivers can be moved across the Channel. France imposed the travel ban in response to fears about the spread of the more infectious coronavirus strain, which is spreading in the UK. She said: “This situation we have now is simply a result of France unilateral and irresponsible action to close the border at basically no notice.

“It needs to be reopened, it is now reopened but it will now take time for that to go through.

“A number of the measures that have been put in place for the 1st of January can’t be activated immediately at this time.

“So it’s absolutely essential that people who are not in the area don’t come to the area and that we have the opportunity to clear this traffic situation to test people and to make sure that we keep Dover clear, we get Kent moving and that we’re ready for the 1st of January.”

Tempers began to fray at the Port of Dover when a group of hauliers clashed with police officers as vehicles began to be moved.

Truck drivers began to block the carriageway out of the Eastern Docks, with one man lying down underneath the front of a lorry before being moved by officers.

More than 5,000 HGVs are being held in the county, with drivers being tested for Covid-19 before they are allowed into France. 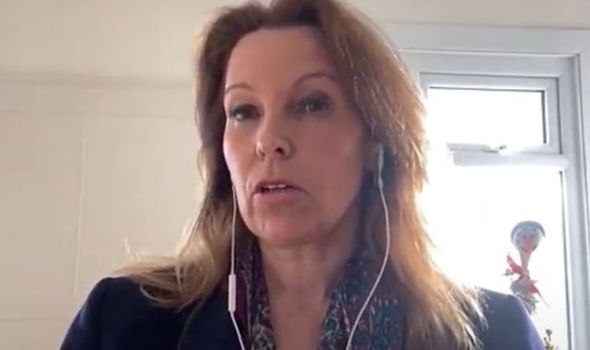 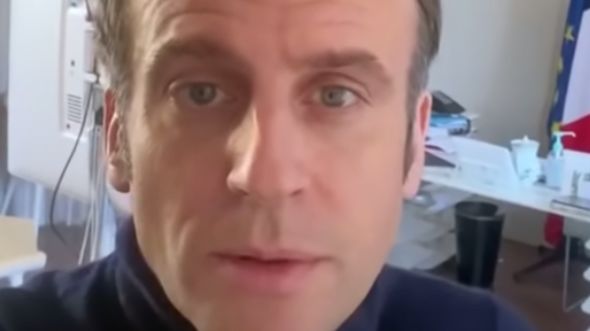 There were reports of disturbances at Dover and at the lorry holding facility in Manston involving those waiting to cross the Channel on Wednesday morning, Kent Police said.

Footage showed a handful of officers attempting to push back a crowd of protesting drivers in Dover.

One man has been arrested for obstructing a highway in Dover and remains in custody, Kent Police said.

A police car was also damaged during a disturbance at Maston, the force added.

He tweeted: “Testing has begun as we look to get traffic moving again between the UK and France.

“However, French border police only acting on agreement from this morning and severe delays continue. Please AVOID Kent while the backlog is cleared. Arriving in the area will delay your journey.”

Kent: Stranded driver lays in front of a lorry in protest

Communities Secretary Robert Jenrick also warned it may take a “few days” to clear the backlog of lorries waiting to cross into France, despite the travel restrictions being eased.

The British Retail Consortium (BRC) said there may be shortages of some fresh goods until the backlog is cleared.

“Until the backlog is cleared and supply chains return to normal, we anticipate issues with the availability of some fresh goods,” Andrew Opie, the BRC’s director of food and sustainability, said.

France eased the travel ban on Wednesday, but said those seeking entry into the country from the UK must have a negative coronavirus result.

All truck drivers, regardless of nationality, will be required to take a lateral flow test which can detect the new strain of Covid-19 and return results in about 30 minutes, the Road Haulage Association (RHA) said. 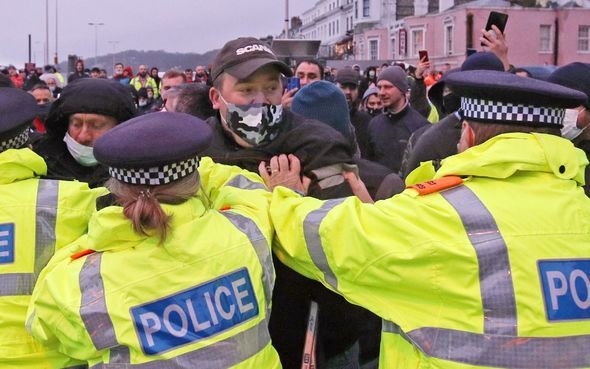 Hauliers must be able to show proof of a negative test result carried out within the past 72 hours in order to be able to cross into France.

Those who return a positive coronavirus result will be offered a PCR test for a more “refined” result, Mr Jenrick told Sky News.

Drivers will then be moved into Covid-secure hotel accommodation to self-isolate for 10 days if the second test comes back positive.

The disused airfield site at Manston has become the main testing centre for hauliers, with drivers required to self-administer the tests in their cabs under supervision.

There were 3,800 vehicles at the Manston site as of 9.30am on Wednesday, along with 632 HGVs on the M20 as part of Operation Stack and 610 in Operation Brock, the Department for Transport (DfT) said.

“As remaining capacity at Manston is being reserved for testing facilities, any new lorries that are arriving are being directed to Operation Brock,” a DfT spokeswoman added.

Around 170 military personnel, including those from the 36 Engineer Regiment and 1 Irish Guards, are assisting with testing.

Hauliers have been urged not to travel to Kent until further notice.

Trump campaign's secret weapon is available on your phone

House investigations of President Trump hit a wall of delay; demands for records, witnesses are mostly on hold