The victorious wartime leader was widely considered one of the 20th century’s most significant figures and defending the West against the spread of Nazi fascism during World War 2.

But the legacy of the former UK Prime Minister has come under fire from campaigners in recent months over his imperialist views, including controversial comments on race.

Sir Nicholas, former MP for Mid Sussex, told Express.co.uk tonight: “It’s rather a pity that a Commonwealth country and an ally of the United Kingdom would choose to take down a picture of my grandfather.”

Dr Julian Lewis, New Forest East MP and former Chairman of the House of Commons Defence Committee added: “The armed forces of New Zealand had a heroic record in fighting alongside those of the then British Empire to defeat Naziism and Japanese imperialism.

“Those veterans would undoubtedly be disgusted at the perversity, historical illiteracy and total inappropriateness of the decision.”

Judith Collins, leader of the Opposition National Party in the New Zealand Parliament said she was “disgusted” over the move.

She said: “He belongs in parliament because, if you know your history, he was one of the very few political leaders who were prepared to stand up to the Nazis and fascists in World War 2.

“I just think the Greens are uninformed by history. What do they want him replaced with – do they want Stalin up there?

The New Zealand MP later tweeted the painting was “finding a home” with the National Party⁩ offices in Parliament.

Prime Minister Jacinda Ardern said she “didn’t care” about the removal of the portrait.

She added: “I care about what we do in this place [Parliament] – we have got a responsibility to look after New Zealand in the massive crisis that we are facing.

“Frankly, who hangs on the wall at the time we do it? I don’t care.”

It comes as UK MPs criticised the National Trust after it highlighted Winston Churchill’s home, Chartwell, in a report about properties linked to slavery and colonialism earlier this year.

The report noted Churchill’s opposition to Indian independence in the Thirties and the “heavily criticised” response to his leadership at the time of the Bengal famine of 1943.

The National Trust later defended its report as being factual and not representing a “judgment” on him.

In February, the former UK Prime Minister was also characterised as a white supremacist by Kehinde Andrews, professor of black studies at Birmingham City University, in a discussion at Churchill College, Cambridge.

Winston Churchill’s statue in Parliament Square was also targeted by Black Lives Matter protesters in 2020 over connections to slavery and colonialism.

In a statement about the move, Ms Kerekere said: “After saying she wanted to refocus on the important issues, it’s disappointing to see Judith Collins instead focusing on the placement of a painting.” 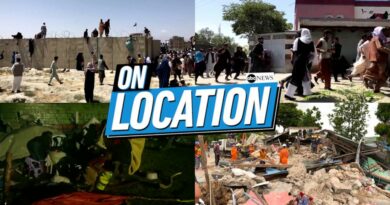 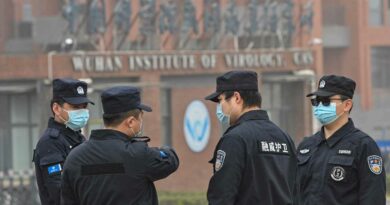