But with nearly 16,000 votes counted as of late Tuesday night, less than 20% of the precincts reporting, Bowman held a lead of more than 25 percentage points over Engel.

“Eliot Engel ― and I’ll say his name once ― used to say that he was a thorn in the side of Donald Trump. But you know what Donald Trump is more afraid of than anything else? A Black man with power,” he said, prompting cheers from the crowd. “So if the results continue to bear out, as they are bearing out this evening, and we get to Congress, it will be our job to hold Donald Trump accountable and to hold every elected official accountable that continues to be beholden to corporate interests, that continues to be beholden to the wealthy, and is not fighting for the poor and is not fighting for the working class in our country.”

“I am fired up!” he added. “I cannot wait to get to Congress and cause problems.”

The unclear outcome was in line with what many New York poll watchers had been predicting, given the expansion of mail-in voting in the state to minimize the public health risk during the COVID-19 pandemic.

New York Gov. Andrew Cuomo (D) issued an executive order in March allowing New Yorkers to vote absentee without needing any excuse beyond concerns over the spread of the coronavirus.

More than 700,000 New York City residents requested absentee ballots, but the city’s bureaucracy has had trouble processing the unprecedented volume. As of Friday, 29,000 city residents had not received them.

Absentee ballots will be eligible to be counted as long as they are postmarked by Tuesday. And New York election law allows county authorities to wait as much as eight days before counting absentee ballots, raising the prospect that the final outcome won’t be known for weeks. 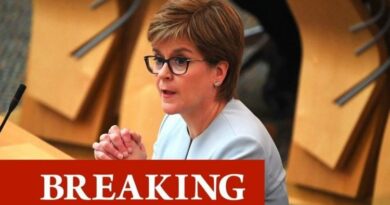