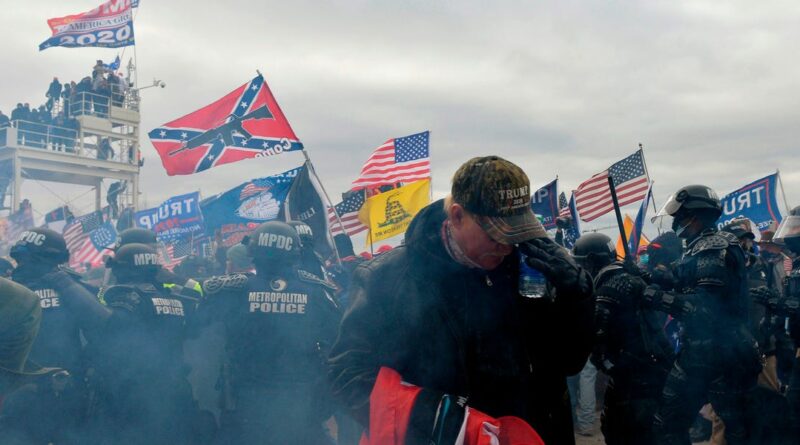 As armed pro-Trump rioters stormed the US Capitol on Wednesday, the head of the country's largest manufacturing trade group issued a scathing rebuke of the violence and called for the president's removal.

Jay Timmons, president and CEO of the National Association of Manufacturers, an influential advocacy group that represents more than 14,000 member companies across industrial sectors, described the rioters as "armed violent protesters" engaged in "sedition."

"This is not law and order. This is chaos. It is mob rule. It is dangerous," Timmons said. "This is sedition and it should be treated as such."

Timmons also called on Vice President Mike Pence to invoke the 25th Amendment, which allows for the removal of a president who is deemed unfit or unable to serve. The amendment allows the vice president and a majority of the Cabinet to remove a president from office.

"Vice President Pence, who was evacuated from the Capitol, should seriously consider working with the Cabinet to invoke the 25th Amendment to preserve democracy," Timmons said Wednesday.

Top White House officials reportedly discussed invoking the 25th Amendment early during President Trump's term, according to a then-anonymous op-ed published in The New York Times in September 2018. When Trump contracted COVID-19, people wondered whether he would hand over the reins to Pence.

Timmons' statement echoes similar comments made by business leaders condemning the rioters on Capitol Hill and calling on officials to act.

"This is not who we are as a people or a country. We are better than this," JP Morgan Chase CEO Jamie Dimon said on Wednesday in a statement tweeted by the firm. "Our elected leaders have a responsibility to call for an end to the violence, accept the results, and, as our democracy has for hundreds of years, support the peaceful transition of power."

President Trump, for his part, issued a video statement on Twitter hours into the rioting praising his supporters and repeating false claims of election fraud.

"So go home, we love you, you're very special, you've seen what happens," Trump said in a recorded statement Wednesday. "But go home, and go home in peace."

Curt Schilling on potential Congress bid: 'It's something we're talking about'