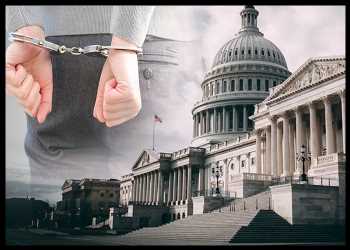 More than 950 people have been arrested in connection with the Capitol Hill riots, Attorney General Merrick Garland said ahead of the second anniversary of the incident.

Friday will mark 24 months since the attack on the Capitol that disrupted a joint session of the U.S. Congress that had convened to certify the election victory of Joe Biden.

Addressing a rally on January 6, 2021, former President Donald Trump demanded that the presidential election be overturned alleging widespread fraud, and called on his supporters to march to the Capitol building.

Hundreds of Trump-supporters stormed the Capitol and disrupted the Congressional proceedings. Five people, including one woman shot by police, died in the rampage, apparently instigated by Trump.

Approximately 140 police officers were attacked, according to the Justice Department.

In a statement issued on Wednesday, Garland said the Justice Department remains committed to ensuring accountability for those criminally responsible for the January 6 assault.

In what he described as “one of the largest, most complex, and most resource-intensive investigations” in its history, the Justice Department charged more than 284 defendants with assaulting officers or employees. 99 of them have been charged with using a deadly or dangerous weapon or causing serious bodily injury to an officer.

484 individuals have pleaded guilty to a variety of federal charges. Many of them have been sentenced to prison, while the rest are awaiting sentencing.

351 federal defendants have had their cases adjudicated and received sentences for their criminal activity.

David Sundberg, Assistant Director in charge of the FBI Washington Field Office that has been leading the federal probe, indicated the investigation could take years.

A nine-member House select committee investigating the Capitol Hill attack said in its report that Trump had knowledge about the riot in advance, and that he engaged in a “multi-part plan” to overturn the result. 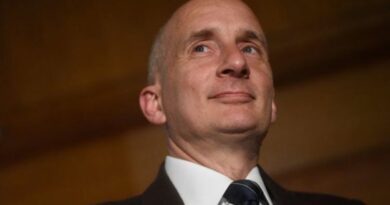 ‘No thanks!’ Remoaner Lord Adonis savaged for declaring that UK would now vote REMAIN