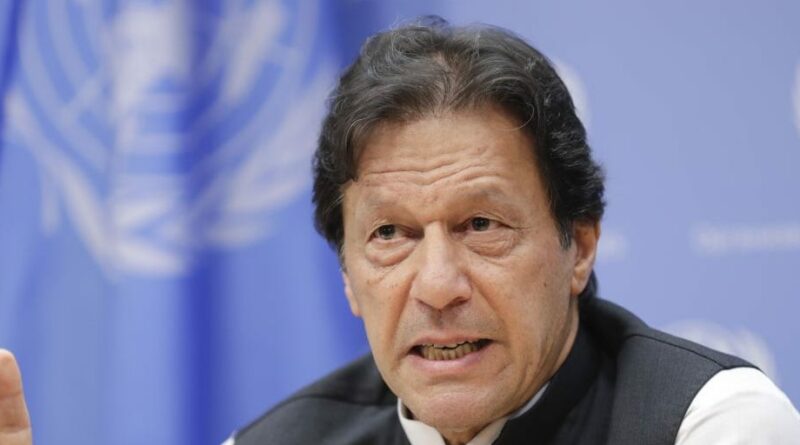 Pakistani Prime Minister Imran Khan is facing allegations of victim-blaming after attributing a rise in rape cases to how women dress.

“Not every man has willpower. If you keep on increasing vulgarity, it will have consequences,” Khan said during a television interview on Monday, per the New York Times, prompting widespread backlash. The Pakistani leader said women should adhere to “purdah,” referring to a concept involving women wearing modest or concealing clothing and the segregation of the sexes.

Human rights groups and even Khan’s first wife have condemned his remarks.

The Human Rights Commission of Pakistan said Khan’s comments showed  “a baffling ignorance of where, why and how rape occurs, but it also lays the blame on rape survivors,” per Reuters.

Jemima Goldsmith, a British heiress and Khan’s ex-wife, took to Twitter to decry his comments.

“I remember years ago being in Saudi Arabia and an elderly woman in an abaya & niqab was lamenting the fact that when she went out she was followed & harassed by young men. The only way to get rid of them was to take her face covering OFF. The problem is not how women dress!” Goldsmith tweeted.

In a separate tweet, Goldsmith said, “I’m hoping this is a misquote/ mistranslation. The Imran I knew used to say, “Put a veil on the man’s eyes not on the woman.”

Khan’s office released a statement that said his comments had been taken out of context and misinterpreted. “The Prime Minister said that our strict anti-rape laws alone will not be able to stem the rise in sex crime. The whole society has to fight it together including lowering exposure to temptation,” the statement said.

In 2020, thousands of Pakistanis flooded the streets after a police official in Lahore said a woman who was raped on a deserted highway was partly to blame. The Pakistani government responded to the outcry by passing a measure that said men convicted of rape could be sentenced to chemical castration. Still, rape convictions in Pakistan are rare. Fewer than 3% of sexual assault or rape cases in Pakistan result in a conviction, per the Karachi-based non-governmental organization War Against Rape.

Human rights groups have said that rape is an underreported crime in Pakistan largely because women who come forward are ostracized and treated like criminals.

If you are a survivor of sexual assault, you can call the National Sexual Assault Hotline at 800.656.HOPE (4673) or visit their website to receive confidential support.

Fox News anchor rips into Trump: ‘We don’t work for you’