Sources familiar with the trade talks told Bloomberg Britain had tabled a more generous fishing offer after saying it would not budge on the issue. The EU’s negotiating team led by Michel Barnier is considering the new offer. The report came just hours after Boris Johnson insisted Britain would thrive in the event of a no-deal Brexit.

Twitter account Euro Guido shared a photo of the pound rising against the euro on Monday evening.

The snap showed Sterling had risen 0.41 percent against the euro.

There were suggestions online that markets were flocking to buy Sterling with the belief that a trade deal is imminent. 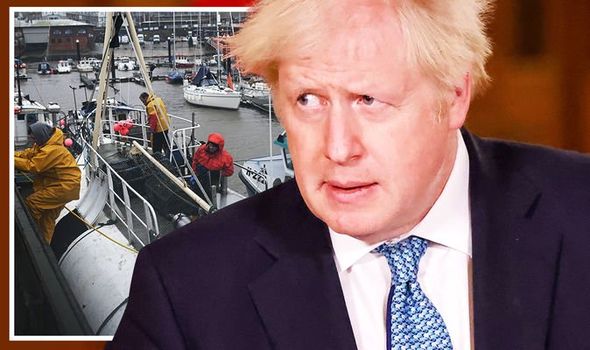 The jump came after Sterling fell against the dollar and euro, down 0.42 percent and 0.45 percent respectively.

Sources said the UK’s negotiating team, led by Lord Frost, had offered to reduce the value of the EU’s catch in British waters by about a third.

Last week the UK said the bloc must accept a 60 percent reduction for a trade deal to be signed.

News of the offer came after France insisted it would not accept the UK’s fishing demands.

This is a breaking news story… More to follow…