Tory leadership hopeful Rory Stewart has confirmed he would look again at one of the most controversial aspects of Universal Credit if he were to become prime minister.

The international development secretary told Sky News he would review the minimum five-week period claimants are expected to wait between making a claim and receiving their first benefit payment; as well as the funding behind the new flagship welfare system.

“Universal Credit is based on good principles – to resolve a complex benefits system,” Mr Stewart said, as he left a leadership hustings in front of Conservative MPs.

“The problem is not its design, it’s the funding… I would look again at both the five-week wait and the funding.”

The five-week wait is intended to make Universal Credit welfare payments reflect the world of work, where wages are paid in arrears rather than upfront.

The government says full advance payments are available to all claimants to help them cover costs during the five-week wait.

However, poverty charities such as the Trussell Trust want to see the policy scrapped, arguing the advance payments are pushing claimants into debt due to repayment deductions they incur.

All other Conservative leadership candidates, apart from Boris Johnson who declined to attend, were asked their position on the five-week wait at a hustings in front of political journalists.

While all indicated they would be prepared to see changes made to the way Universal Credit operated, only Mr Stewart said he would specifically change the five-week waiting period.

Home Secretary Sajid Javid said he had no plans to make “fundamental changes” to the welfare reform, but insisted it must ensure “fairness and dignity” for claimants and proposed overhauling the current appeals system.

Foreign Secretary Jeremy Hunt said Universal Credit was the “right way forward”, but wanted to do more to “tackle in-work poverty” by ensuring the national living wage was maintained at the right level.

Environment Secretary Michael Gove said he wanted to do more to deal with “specific problems that relate to the interaction between Universal Credit and income tax” for the “working poor”.

Former Brexit secretary Dominic Raab said amendments and revisions to the system would be necessary to ensure it is “as sensitive as it needs to be for those who are struggling”, adding that Universal Credit needs to be a “safety net” as well as a “route out of the welfare trap”.

Sumi Rabindrakumar, head of policy and research at the Trussell Trust, said: “It’s not complicated – the five-week wait for Universal Credit is forcing people to food banks.

“The government’s proposed solution is for people to apply for a loan that must then be paid back – trapping people in debt and locking them into poverty even further.

“If our next prime minister is to deliver policies that reflect our nation’s deeply-held values of justice and compassion, this has to change.” 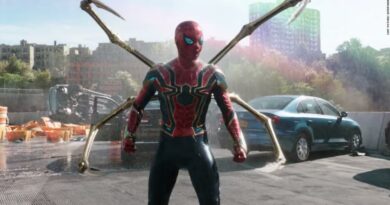 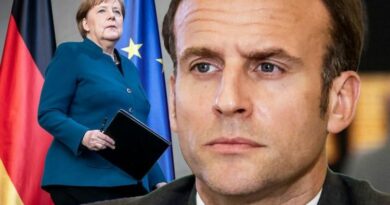