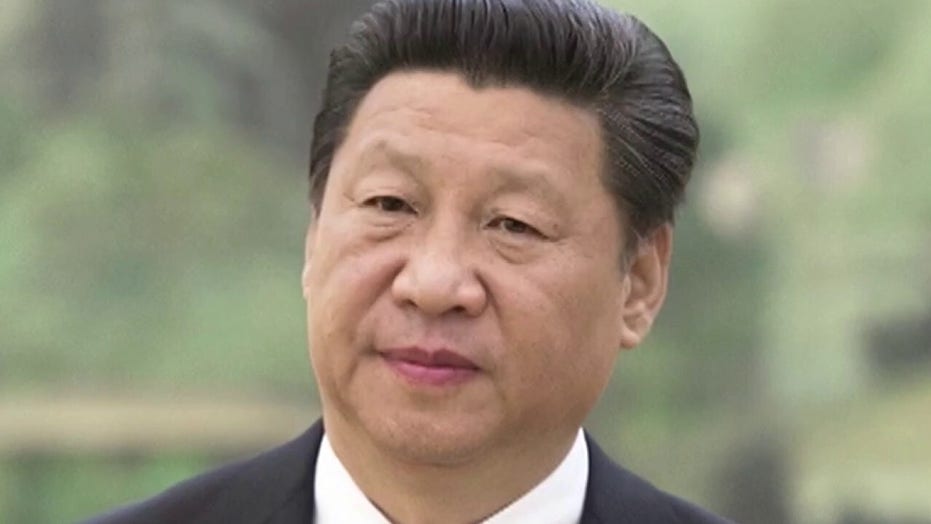 DNI John Ratcliffe: Russia wants a seat at the table of international order, China wants to sit at the head

"The IRA-linked campaign we removed in August was largely unsuccessful on Facebook, but it tricked unwitting freelance journalists into writing stories on its behalf," Facebook said in a statement. "We're notifying people who we believe have been contacted by this network."

Facebook has now removed the accounts, and the FBI is investigating.

"While technology companies independently make decisions regarding the content of their platforms and the safety of their members, the FBI is actively engaged with our federal partners, election officials and the private sector to mitigate foreign threats to our nation's security and our elections," the FBI continued. 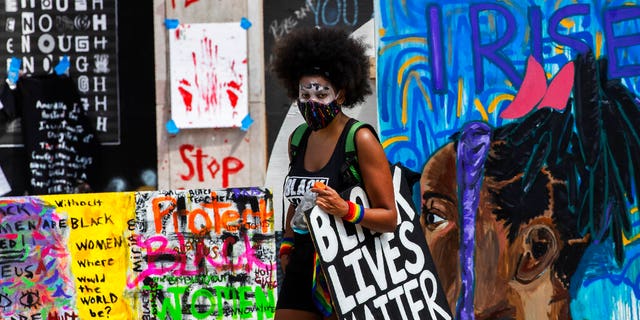 A marcher walks past banners and signs at Black Lives Matter Plaza near the White House in Washington, Aug. 28, 2020. (AP Photo/Manuel Balce Ceneta)

The news comes a day after cybersecurity firm Cloudflare acknowledged that the Trump campaign website has been targeted by hackers, with attacks reaching record levels in June.

The intelligence community warned in August that rival nations once again are attempting to influence U.S. policy and elections in a variety of ways, declaring that Iran wants to "undermine" President Trump while Russia is working to "primarily denigrate" former Vice President Joe Biden.

Congressional Democrats claim the Trump administration has "sought to promote a false narrative of equivalence among the interests of several nations in U.S. elections and policy," by lumping China, Russia and Iran together.

"The aims and actions of Russia, China and Iran are not the same," House Speaker Nancy Pelosi, D-Calif., and House Intelligence Committee Chairman Adam Schiff, D-Calif., said in a statement Saturday. "Only one country – Russia – is actively undertaking a range of measures to undermine the presidential election and to secure the outcome that the Kremlin sees as best serving its interests."

Twitter pulled down an account purporting to be a young Black man who withdrew support from Black Lives Matter and threw it behind "Republicans" – one of his posts got 40,000 likes in under 24 hours.

The tech company has not directly linked this account to a foreign user but sources claim it does fit the profile of Russian disinformation.

Former Director of National Intelligence James Clapper, a frequent critic of the Trump administration, said "you can bet" Russians are tapping into the Black Lives Matter movement online.

"The fact that the Chinese might favor Vice President [Joe] Biden pales in comparison to the active, aggressive effort made by the Russians to sow doubt, discord, distrust and exploit the divisiveness in this country," Clapper told CNN on Monday. "And you can bet the Russians are messaging Black Lives Matter and White supremacists."

Word of attempted Russian interference also comes amid a fight over Director of National Intelligence John Ratcliffe scaling back in-person election security briefings to Congress in favor of written reports. Ratcliffe told "Sunday Morning Futures" that members of Congress had leaked classified information "within minutes" after the end of recent briefings.

Tory leadership race: Stay away from the gutter, Theresa May warns her successor