Home » Politics » Season's Greetings from White Houses Past! See Some of the Presidents' Prettiest Holiday Cards Over the Years During World War II, President Franklin D. Roosevelt sent out this card, which featured a photograph of Roosevelt with wife Eleanor. “With Christmas greetings and our best wishes for a happier new year,” read its message of hope. President Dwight D. Eisenhower and his wife sent their season’s greetings on a simple card embossed with the presidential seal. “With best wishes for a very happy New Year,” read the inside of the first card (reminiscent of Eisenhower’s) from President John F. Kennedy’s presidency. The halls were decked in the White House’s Blue Room for President Lyndon B. Johnson’s holiday card this year. On the same year the National Christmas tree was only partially lit to honor American hostages in Iran, President Jimmy Carter sent out holiday greetings featuring an 1860 watercolor painting by Lefevre Cranstone. Like Johnson, President Ronald Reagan also selected the White House’s Blue Room as the backdrop of this year’s Christmas card, which showcased a painting by Thomas William Jones. Nearing the end of his presidency, President George H. W. Bush wished his constituents a happy holiday with this watercolor depiction of the White House’s seasonal display. President Bill Clinton’s greeting card captured the White House’s Green Room, just one of the three state parlors on the first floor of the executive mansion. Bush let his pets – dogs Barney and Miss Beazley and cat India Bush – take the spotlight in this card from his second term. Some conservative Christians spoke out against the illustration for its lack of reference to the president’s faith. The future of presidential Christmas cards arrived … in 3D! The 2013 holiday greeting from President Barack Obama and his family boasted a pop-up view of the White House, guarded faithfully, of course, by First Dogs Bo and Sunny. 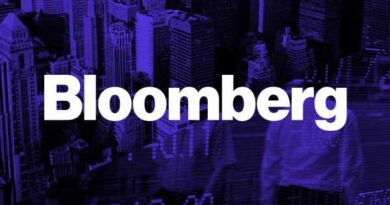 Joe Biden Under Pressure From Progressives To Cut Out Larry Summers